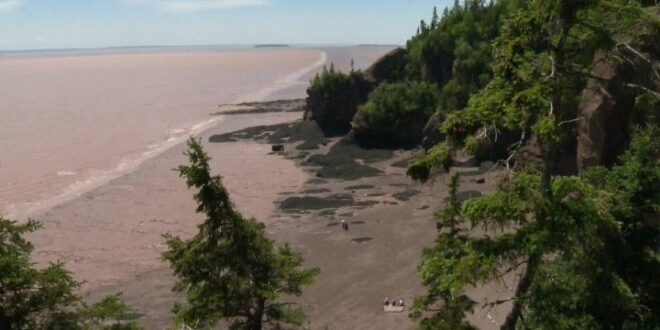 With inflation as high as it has been in three decades and people feeling the pinch at the pump, there is still cautious optimism about New Brunswick’s upcoming tourism season.

Andrew McNair, CEO of the Tourism Industry Association of New Brunswick, said the past two years have been tough for tourism operators, but now they’re looking forward to things opening up.

“People are wanting to move around a little more, and excited to spend some tourism dollars. Operators are optimistic,” he said in an interview Thursday.

COVID-19 restrictions have placed a strain on the tourism sector and the association has previously said it will take several years to return to 2019 levels.

Those challenges also include inflation at its highest levels in decades and the cost of fuel, McNair said, adding people may have less money than they have in the past to do leisure activities.

It does seem that some people may be avoiding travel or trips.

In Moncton, Global News asked various people about their plans for the summer amid the skyrocketing costs and fuel prices.

“We were thinking about heading over to the island, up to Nova Scotia and Halifax this summer, but if the gas prices stay the same, we just won’t be able to travel,” said Moncton resident Tabatha Clem.

Julianna Vance said she’s been building a house in Shediac and things are really tight.

“The gas prices coming to the city — every day definitely changes the plan. We’re definitely more integral with the reason we’re coming in and the travel we’re doing,” she said on Thursday.

Michelle Kovacs said she won’t be travelling too far.

“I’m retired so that’s a bonus,” she said. “So I can choose where to go. Going to Shediac and back, — but that’s about it. I might go to Nova Scotia for a trip, but I won’t be going any long distance often.”

Jenna Fitch, a communications specialist with Kings Landing, said it did have a better year last year than 2020, seeing an additional 10,000 visits.

She said Kings Landing is hopeful people will choose to vacation in New Brunswick rather than take longer trips elsewhere.

“We’re still just hoping that we’re able to have a good season like we were able to last year despite all the circumstances,” she said.

James Donald, president with Fundy Trail Development Association, said it is a bit too early to say whether the gas prices will turn people off to the attraction.

“At this point, everybody is so excited to get out with COVID where it’s at this summer,” he said. “I think the impact it will have though is when they get somewhere they’ll want to stay there and maximize their visit in the location.”

The most recent extension on the Fundy Trail Parkway leads right to Fundy National Park and Donald said he feels that it will be a big attraction this year.

The Department of Tourism, Heritage and Culture has increased the amount of funding it will be providing to the industry.

It is providing $68.7 million, which represents an increase of $14.3 million from the previous fiscal year.

“Over the past two years, the various sectors and organizations we support have been forced to pivot multiple times in response to the pandemic,” said Tourism Minister Tammy Scott-Wallace in a release.

“The record investments we are making this year clearly demonstrate that our government recognizes the challenges they face and the important work they do.”

Highlights from the budget include:

“With the investments we are making, we will see the tourism, heritage, arts, sport and cultural sectors work in collaboration to assist in the province’s economic recovery,” Scott-Wallace said in a release.