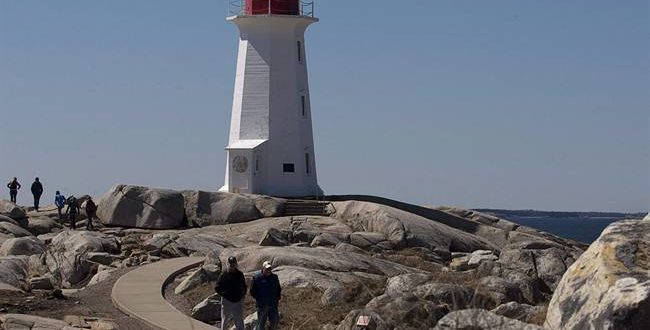 Nova Scotia, keenly aware of tourism’s importance to the provincial economy, is sprucing up Peggy’s Cove, the Cabot Trail and other iconic sites.

MacLellan said the impetus for the Tourism Revitalization of Icons Program comes from the province’s lofty goal of reaching $4 billion in tourism revenues by 2024.

The Tourism Department estimates visitors spent $2.7 billion in the province in 2017.

“We want to play a support role,” said MacLellan.

“One of the things that’s been identified often to us from industry is that we can help on the iconic tourism sites and in building up some of the infrastructure around many of our main attractions.”

Peggy’s Cove is to get $2 million, while the Halifax waterfront is to receive $1.5 million and the Cabot Trail $1 million.

The Bay of Fundy, including Annapolis Royal, and the Lunenburg waterfront are to each receive $750,000.

The program will be administered by Tourism Nova Scotia, which is to begin working with partners to identify the best plan for each site.

Develop Nova Scotia will lead the planning and implementation of enhancements at Peggy’s Cove, which will include consultation with community and business groups.

“That’s due in large part to the natural attractions that we have here but also the tremendous work by industry. We are seeing potential and growth, but also with many of the emerging regions that want to vie for tourism dollars and the visitors that come along with it, we’ve got to make sure we stay on top of these things.”

The minister said although the province has a general idea how the money will be used to bolster infrastructure needs, specifics will be released once individual projects are finalized.

“Beautification is one aspect of it but … this is more about infrastructure development,” MacLellan said.

“Getting buses in and out of Peggy’s Cove efficiently, having access to the best trails on the Cabot Trail and making vast infrastructure improvements on the waterfront in Lunenburg.”

McLellan said additional program partners and projects will be announced once they are confirmed, adding that it’s likely the funding program will have a life beyond its current three-year mandate.

Earlier this year the Tourism Department released figures indicating a record number of tourists came to the province last year.

It said 2.4 million people visited Nova Scotia in 2017, an increase of nine per cent over the previous year. Visitation by road was up seven per cent, while visitation by air increased 13 per cent.