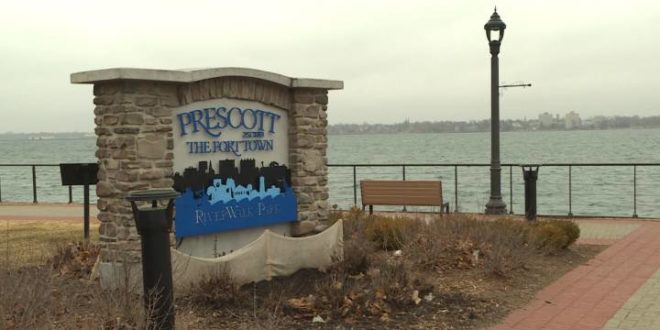 From the shores of Prescott on the St. Lawrence river you can see Ogdensburg, New York.

Until the 1960s, travellers could take a ferry between the two communities. Now, municipal officials in both towns are hoping to make that happen again.

Prescott Mayor Brett Todd says the ferry would be seasonal and not intended for motorized vehicles.

“It’s for passengers,” Todd said. “It’s for cyclists and just for people on foot.”

Todd says a ferry could expand not just Prescott’s tourism, but a number of surrounding communities by attracting cyclists.

“Possibly connect a loop back towards Kingston and the Wolfe Island ferry,” Todd said. “So cyclists can actually do that nice loop around Kingston and back to Kingston again.”

Prescott and Ogdensburg commissioned a feasibility study looking at a ferry and now they are are working on a pilot project for the summer. They have been negotiating to get a ferry operator for a test run from July 19-21, when Ogdensburg celebrates Founders Day weekend, and again for the Ontario Civic holiday weekend in August.

If the two communities pull that plan off, South Grenville Chamber of Commerce president Bonnie Pidgeon-Cougler says it will strengthen the case for an ongoing summer ferry.

“By doing these tests twice this summer, it will engage people in our community to get the buy-in and be excited about this really wonderful project,” Pidgeon-Cougler said.

Crossing an international border does pose some challenges, however — about which Prescott’s mayor says they are having ongoing conversations with the Canada Border Services Agency.

“The initial request from them was, I would say, very significant in terms of the dollar commitment and what they’re looking for [in] a facility on our side,” Todd said.

He noted that the federal agency has also asked for a secure facility to process visitors.

In any case, Todd hopes something similar to what exists in surrounding communities can be arranged.

“We’re hoping for a little leniency given what is in operation in Gananoque and the other boat lines further down, so we’re hoping for very similar treatment,” the Prescott mayor said.

Todd adds there is still time to work on the larger issues while Prescott and Ogdensburg focus on the getting the summer pilot project off the ground.