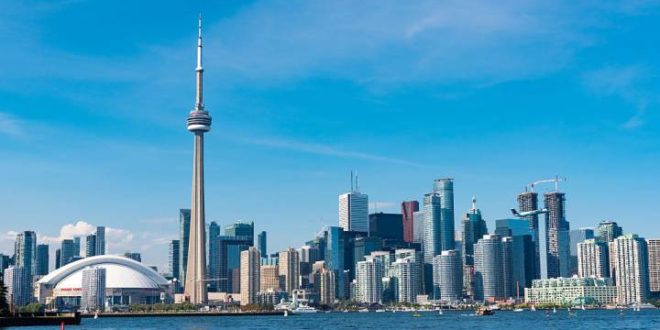 As continues to make international headlines, , tourism officials say it’s that kind of exposure that is driving a record-breaking amount of visitors to the area.

“It’s because we’re a finalist for Amazon, because Sidewalk Labs is here, because our sports teams are doing well, our music industry is producing so many top stars around the world and the film production in the city — people are seeing Toronto and hearing about it in so many different ways.”

Weir said all that visitor activity has resulted in $8.8 billion being generated in the local economy during 2017.

“(There are) over 300,000 jobs across the region that actually depend on tourism into our area.”

In terms of international travellers in Toronto, visitors from China continued to top the list in 2017 with approximately 319,000 visitors.

The biggest increase in international tourism came from those visiting from Mexico. Tourism Toronto said there was a 72-per-cent increase in visitors during 2017 compared to 2016. Weir said this is due in part to the easing of visa restrictions. However, he said politics could be playing a role too.

“But also you have to think that some of that is a result of the political dynamic and Mexican travellers who might have gone to the U.S. before are rethinking the type of welcome they’re receiving there, so they’re finding their way to Canada instead and Toronto in particular,” Weir said.

Looking ahead for the rest of this year, Weir said Toronto could see continued growth thanks to conventions being held in the region.

“We’ll have the most conventions we’ve ever had in the city and that’s great news because that’s business that comes all year round and they spend a lot of money in all kinds of different businesses,” he said.

Visitors from international/overseas markets in 2017 compared to 2016: