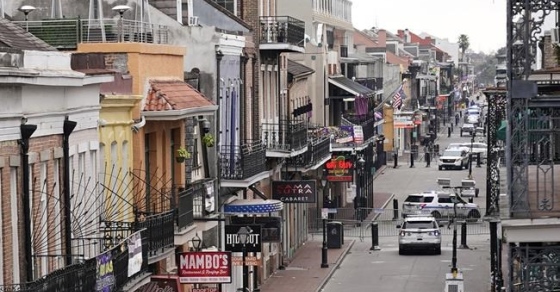 NEW ORLEANS (AP) — Parade-loving New Orleans is about to get its groove back.

After over a year where the coronavirus largely put an end to parades, an assortment of witches, goblins and other masked creatures are set to take to the streets Saturday night in the city’s first parade with floats since the pandemic put an end to such frivolity.

The Krewe of Boo is a Halloween-themed parade that stretches from the city’s Marigny neighborhood, through the French Quarter and into the Warehouse District. Riders on the floats dress up in Halloween-themed outfits and throw ghoulish and fun trinkets and beads to crowds that pack the streets. The parade usually features marching bands as well as dancing interspersed between the floats.

But the last time such a parade rolled through the city’s streets was Mardi Gras 2020, which was largely credited with contributing to the city becoming an early hot spot for the coronavirus. As the extent and seriousness of the pandemic became apparent parades as well as music festivals were canceled.

If the city can successfully pull off the Halloween-themed Krewe of Boo parade safely, without a resulting uptick in COVID-19 infections, it will bolster Mayor LaToya Cantrell’s tentative plans toward bringing back the lavish Mardi Gras processions that fill city streets during the annual pre-Lenten celebration.

“This is a step towards the return of Mardi Gras next spring,” Cantrell said in a Twitter post after announcing in September that the Krewe of Boo parade could proceed. “What happens next depends on what we do right now!!”

On Friday, the mayor said unless there is a “dramatic turn for the worse in our COVID numbers” that Mardi Gras would go forward next year — her strongest comments yet that the massive parades that accompany the yearly celebration would roll again.

As part of Saturday’s safety measures for Krewe of Boo, riders and marching group members must be vaccinated, or show proof of a negative COVID-19 test.

Also, health officials will be conducting a study during the parade to better understand coronavirus spread in large gatherings. About 40 health employees and volunteers will be out on the parade route to assist people in taking the survey and handing out goody-bags to those who take part. In keeping with the Halloween theme, all 40 will dress up as Dr. Anthony Fauci, the White House adviser and face of the federal pandemic response.

Krewe of Boo was scrapped last year and this year’s Mardi Gras was a subdued affair without parades and a largely vacant French Quarter. As vaccinations became more widespread and infections dropped, the city began loosening restrictions that had limited capacity at restaurants or music venues. In one of the last stages of loosening restrictions, officials announced in May that they would start to accept applications for parades and the smaller processions called second-line parades.

The rise of the delta variant, which filled hospitals across the state over the summer, called into question the viability of parades, which largely resume after the hot summer months are over. But in September, Cantrell announced Krewe of Boo would be allowed to parade. She credited work residents had done to slow the delta variant’s spread.

The city will also have testing during the parade.

“Testing, vaccines, and masking are proven to stop the spread of this virus, and if we continue these mitigation measures, we feel confident that large events will be successful in the future,” said Dr. Jennifer Avegno, the city’s top health official said in a news release. 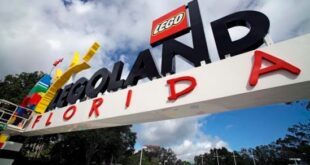