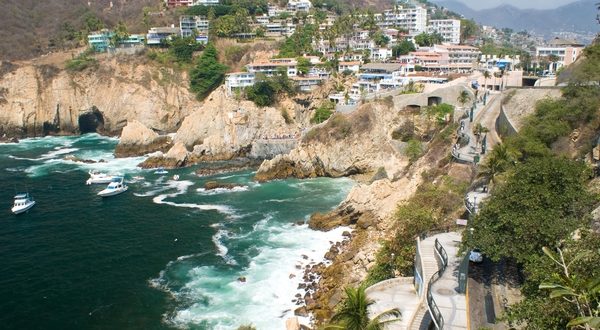 WHY IT RATES: With their extensive renovations, world-class events and future launch of XTASEA, Acapulco is striving to be one of Mexico’s premier destinations again and the time to visit may be now.—Jessica Zickefoose, TravelPulse Associate Editor

The Secretary of Tourism of the State of Guerrero recently announced a successful summer season for the tourism industry with increased visitor arrivals.

Acapulco, the state’s most iconic destination, received 770 thousand visitors between the 10th of July and the 19th of August of 2018, an eleven percent increase as compared to last year. City hotels reported an average occupancy of 65 percent, reaching peaks of up to 93.9 percent over certain weekends.

“Local and international visitors continue to choose Acapulco as their preferred vacation destination. We are seeing that every year the number of tourists Acapulco receives increases, which corroborates that the city is back in the game, and ready to be, once again, one of Mexico’s premier destinations,” said Ernesto Rodriguez Escalona, Secretary of Tourism for the State of Guerrero.

“We expect this improvement in tourism influx to continue in the coming years as Acapulco makes important updates to serve the visitor demand, such as the modernization of the infrastructure,” he added.

Over the last few years, Acapulco has undergone extensive renovations of its tourism infrastructure, resulting in a comeback of international tourists to the city.

Just last May it inaugurated a new terminal of the international airport (ACA), increasing its arrival capacity to 1.3 million passengers. The new, state-of-the-art building was created with an eco-conscious concept that aims to reduce its environmental impact, and features the latest in airport technology to enhance security and visitors’ experience.

The city has also received a billion-dollar investment from Grupo Autofin, a private conglomerate that includes the launch of XTASEA, the world’s largest over-the-ocean zipline, the building of an eco-amusement park, a tennis stadium and a medical center, along with the renovation of some of Acapulco’s most representative hotels.

During the summer, Acapulco hosted several world-class events, which played a part in boosting the number of tourists that visited the destination. Among them the 2018 Hurley Surf Open, which attracted 4,000 fans, the Pan American Sambo Championship, with 1,500 spectators, and the impressive Acapulco Air Show, that drew a crowd of 400,000.