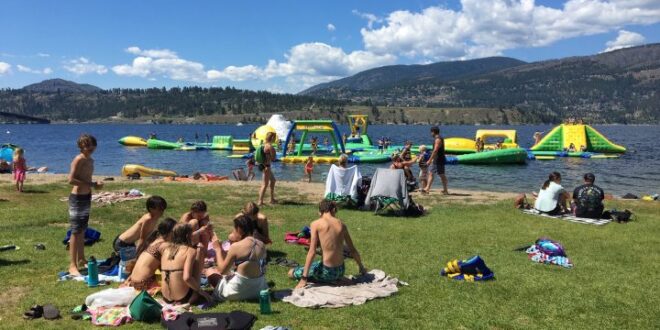 Tourism Kelowna says 2021 was positive when compared with 2020, but that last year still remained behind pre-pandemic levels.

In a report issued on Friday, the association says the trend should continue for 2022, noting that barring unexpected challenges, early indicators show a strong year ahead for the greater Kelowna area.

“Last year, we saw early momentum cut short and additional challenges placed on our industry in the second half of the year,” said Tourism Kelowna president and CEO Lisanne Ballantyne.

“Despite a difficult 2021, the industry performed better than in the first year of the pandemic, but we know there is still a long road ahead to full recovery. Now more than ever before, tourism businesses are showing their determination and commitment to service.

“We know our greatest challenge moving forward will be balancing the economic growth of the tourism industry while maintaining top-class guest experiences and residents’ support for welcoming visitors.”

According to Tourism Kelowna, approximately two million people made overnight trips to the Central Okanagan — an increase of 18.2 per cent from 2020.

The association says all months saw year-over-year increases in visitation numbers except for June (which had a very high visitation number in 2020) and August (when there were travel restrictions in place due to wildfires across the province).

For air travel, Kelowna International Airport had approximately 830,000 passengers, up 12.5 per cent from 2020 but well below the two million YLW was seeing prior to the pandemic.

“Meetings, events, and conferences are also returning and add an important balance to spring, fall, and winter months. Bookings are strong for the coming year, and there are strong leads for major events and conferences in 2023 and beyond.”

Previous South Korea Reopens to Vaccinated Travelers
Next What’s behind the growing interest in Indigenous-led tourism in Canada?