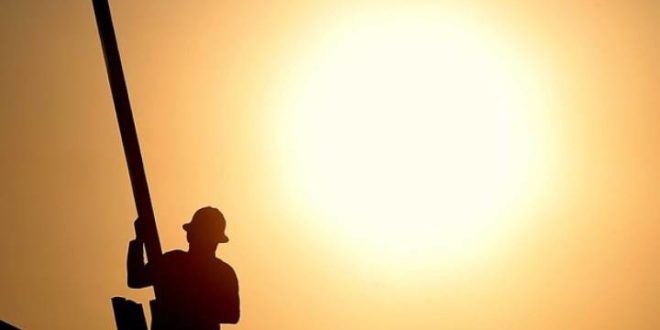 A leading Alberta economist points to the province’s agriculture and tourism sectors as bright spots for the bottom line this summer, but warns there could be trouble ahead.

“2018 is shaping up to be a very interesting year, and some dark clouds could be on the horizon,” says Todd .

Alberta sits in the midst of global uncertainty with no deal yet, a raft of new international tariffs and increasing talk of trade wars.

“A lot hangs in the balance for Canada and for Alberta,” Hirsch says. “We are very trade-dependent regions and economies.

“And we just don’t know where this is all going to go.”

says rebounds in the energy sector are heavily tied to the file.

“What’s holding back the energy sector in 2018, and going into 2019, is the sector’s going to want to see even more certainty around pipeline capacity.”

But if additional certainty is not introduced?

“We’re not going to see a lot of enthusiasm for new investments in the energy sector. For that to happen, we have to see some more progress on pipelines. It’s moving the right direction for sure, but we’re not out of the woods yet.”

And now for some good news

So far this year, Alberta farmers are falling on the good news side of the coin.

“Agriculture and agri-foods is actually one of the stronger sectors of Alberta’s economy in 2018,” Hirsch notes.

“If you’re a farmer and you’ve got to finance some new equipment rentals or equipment purchases, the increase in interest rates is going to add a crimp on that, but agriculture and agri-foods is one of the bright lights at the moment.”

“With that softer Canadian dollar, more Albertans [are] staying closer to home this year,” Hirsch says.

“That’s combined with more Canadian, American and international visitors flooding in,” he said. “I think 2018 is shaping up to be probably a third record-setting year for tourism. So that’s good news.”

Looking into the future

The Bank of Canada nd while Hirsch says it’s impossible to say for certain if the rate could go up even further, his guess is yes, it will.

However, if the NAFTA situation worsens, Hirsch says the Bank of Canada may shift that rate back down again.

Previous What to See and Do in Panama City, Panama
Next Exhibition industry reports synchronised growth globally