Breaking News
Home / World Tourism / What to See and Do in Panama City, Panama 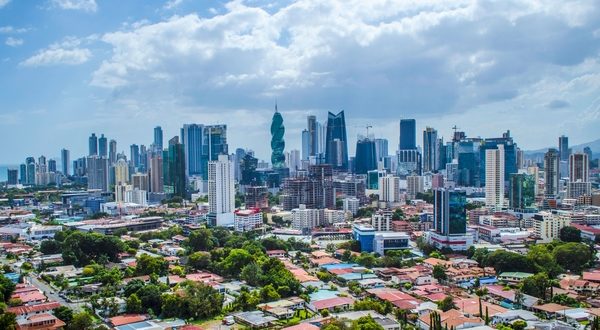 What to See and Do in Panama City, Panama

Much like the country as a whole, Panama City is a vibrant, intriguing place that one could easily spend several days exploring and enjoying.

It’s a city that is both modern and historic, offering easy access to the Panama Canal, world-class museums, gourmet food experiences and plenty of family-friendly activities.

Here are some of the top things to see and do in Panama City, Panama.

The city’s cobblestoned historic heart, Casco Viejo is a place where you can explore local food from up and coming chefs (Donde Jose is easily one of the most memorable restaurants, serving eight-course meals that are designed to tell a story), take walking tours led by former gang members to learn about the neighborhood’s renaissance and spend hours relaxing at trendy cafes. Whatever option you choose, Casco Viejo is an unforgettable stop on any Panama City tour.

While in Casco Viejo, try to catch a show at the Teatro National. The building was originally constructed in 1907 and its interior has been fully restored. The gold and red décor is dazzling. And don’t miss the ceiling mural by Roberto Lewis, one of Panama’s most notable painters.

Panama Canal fans won’t want to miss this museum. Not only is it housed in a beautiful building that was once the headquarters for the French canal company, the exhibits provide an engaging look at the country’s famed canal.

A great choice for families and those simply interested in the environment, the BioMuseo showcases the region’s biodiversity. The building itself is visually stunning, created by famed architect Frank Gehry (who also designed the Guggenheim Museum in Bilbao, Spain). It is the only building by Gehry in Latin America. Exhibits meanwhile fill eight galleries and cover the origin of the Panamanian isthmus and its gigantic impact on the planet’s biodiversity. The museum’s Biodiversity Park is a living extension of the museum’s architecture, exhibits and programs.

Once the main square of the Casco Viejo, Plaza de Francia was created by Leonardo de Villaneuva. Perhaps even more interestingly, it is dedicated to the thousands of people from around the world who died during building the Panama Canal. There are large stone tablets and statues dedicated to some 22,000 workers who perished while creating the canal (many died from yellow fever and malaria). Don’t miss taking a walk here at sunset, not only will it provide good exercise, it’s a great opportunity for people watching and taking in the ocean views. There are also some upscale art galleries and shops on one side of the plaza.

For those who don’t have time to explore Panama’s rainforest, consider at least spending some time at the Parque Natural Metropolitano. It is the only wildlife refuge in the city, opened in 1988. There are a variety of hiking trails in the park, some of which provide outstanding views of the city skyline. Wildlife in the park includes numerous colorful and unique bird species and also Geoffroy’s tamarin.

More information about these and other attractions in the city can be found at Visit Panama.