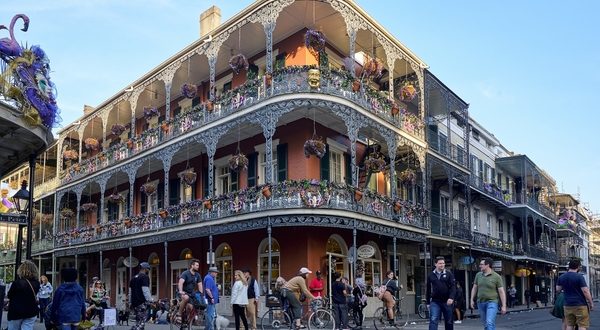 Music is a huge piece of what makes America great, and it could even help bring more visitors to the country.

That’s the story behind “America’s Musical Journey,” the new feature-length, documentary from Brand USA, which debuts Thursday, February 15 with a massive gala at the Smithsonian’s National Air and Space Museum in Washington, D.C.

The movie is a star-studded affair, featuring singer/songwriter Aloe Blacc as he travels around the country exploring the rich heritage of American music. Blacc doesn’t do all the storytelling, however, as Morgan Freeman narrates.

TravelPulse spoke with Tom Garzilli, Chief Marketing Officer for BrandUSA to get his thoughts on the movie.

“People came from around the world,” Garzilli said, “and they brought their music and their culture with them. That is what, over time, became American music. Now, American music is part of the world. It’s that connection that connects them with our country.

“That fact speaks to the breadth of different cultures that makes people want to come here.”

Blacc told Billboard.com much the same: “The film company was interested in working with me, and I thought it was a great idea to lend my voice to the story. As a singer and an artist, I represent the country as well, so this film in a lot of ways was created for that purpose as being a representation of what America has contributed to the world.”

The movie follows Blacc as he interacts with musicians and musical groups around the country such as: Gloria and Emilio Estefan, Jon Batiste, Ramsey Lewis, Dr. John, Irma Thomas and The Detroit Youth Choir. The movie also spends a lot of time tracing the path of Louis Armstrong, who had a big personal impact on Blacc’s life and career.

It is through conversations with those people that Brand USA hopes to showcase everything that is amazing about America.

“Our core mission,” Garzilli continued, “is to invite, inspire and welcome visitors to America. I know this movie is going to touch people and inspire them; and it very much tells the story we want to tell of a diverse, big country with a lot to offer. It’s just a fun, emotional way of getting that message to people.”

Brand USA had previously spoken with TravelPulse’s Mia Taylor on how confident the organization is about the country’s travel outlook.

“America’s Musical Journey” was produced in a partnership with Expedia and Air Canada. It is the second Brand USA documentary, following “National Parks Adventure,” which was the highest-grossing documentary of 2016.

“America’s Musical Journey” will be available in IMAX and 3D at select theaters worldwide.

“They’re taking this film,” Garzillii said about the theaters who are showing the film, “because they know people want to be reminded of why they love the U.S.A. so much, and they want to learn more and more about it.”

Brand USA has been on a roll from a newsmaking standpoint as of late, launching a new streaming television product and hiring former Mexico Tourism Board CEO Lourdes Berho to head their efforts in Mexico.