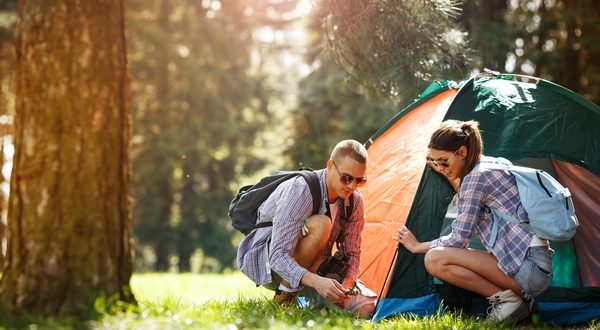 Camping is enjoying a surge in popularity as travelers seek to develop a deeper connection with nature and the world around them. The result, however, is that prices at campgrounds around the country are raising prices, according to a new report.

As Labor Day marks the traditional end to the summer camping season, data gathered by CampgroundViews.com indicates that 2018 will have the highest overnight camping fees ever recorded. Average nightly rates for a traditional campsite have increased 6 percent from last year to $31.53—still an affordable option for travelers.

“Even adverse weather out East earlier this season and fires out West late this season have not stopped record numbers of campers from getting outdoors,” said Mark Koep, founder and CEO of CampgroundViews.com. “Camping, either in a tent or in an RV, is back and this increased demand is allowing park operators to increase rates.”

An improving economy, the retirement of baby boomers and families seeking affordable travel options have led to record growth for the outdoor industry.

Nearly 42 million Americans camp each year in the U.S., creating 56,430 jobs and both private and public campgrounds are flourishing. However, rates on resort camping experiences have increased more dramatically than rates at public parks, which have increased by just 2 percent.

“The private campground industry is primarily small family-owned operations situated in popular destinations and rural areas,” added Koep. “It is encouraging to see so many campgrounds finally able to improve their properties and provide affordable family fun for millions of campers.”

At some private campgrounds rates have soared as high as $170 per night while publicly operated grounds are available for under $15 per night.

While Labor Day typically marks the end of the summer camping season, camping is highly popular year-round and as more and more people head out into nature, campgrounds are filling up even during off-peak seasons. It’s wise to make reservations in advance before starting up the RV or packing up the car to head out into the wilderness.

Previous U.S. hotel transaction volume, price per room up through first half of 2018
Next The worst places to fall ill on holiday revealed