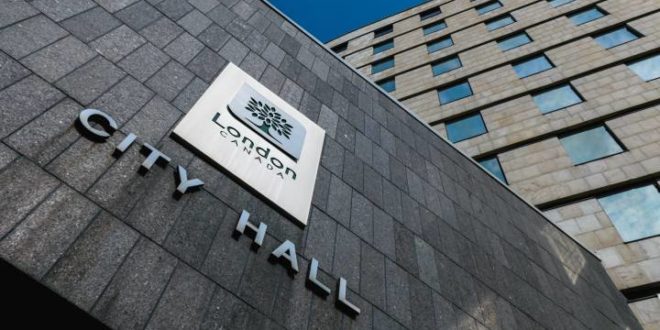 Committee backs hotel tax in London, questions how money will be spent

The Strategic Priorities and Policy committee endorsed a four per cent transient accommodation tax on Monday night, but there are still questions about where the revenue will go.

City politicians voted 11-3 in favour of backing the tax but raised concerns about where and how the hotel tax revenue, which is estimated to be between $2 million and $4 million, will be allocated.

Provincial rules state at least 50 per cent of the revenue must go to a tourism entity — what happens to the other 50 per cent is up to city council. City staff recommended dividing the money equally between Tourism London and a city reserve fund for tourism-related infrastructure.

But some councillors didn’t fully agree with the idea of a reserve fund. Coun. Maureen Cassidy said if tourists are coming into the city and contributing to the wear and tear on the infrastructure, the money they spend via the hotel tax should play a part in fixing it, while Coun. Phil Squire said he’d like to see the money allocated so Londoners getting some kind of tax relief.

“For us to have a new revenue source and not debate where that might go is irresponsible,” said Coun. Stephen Turner.

Turner went on to explain that giving Tourism London 50 per cent of the revenue essentially increases their funding by 100 per cent (currently Tourism London receives $1.9 million from the city annually). The legislation states at least 50 per cent of the revenue must go to a tourism entity, but also says it can go to one or more of those entities, opening the doors for other tourism organizations, such as The London Convention Centre, to possibly get a slice of the pie.

Turner put forward a motion to have city staff report back with suggested methods for determining the allocation of funds. The motion also asked staff to request Tourism London prepare and present a business case for why they should receive the additional funds associated with the Transient Accommodation Tax.

Although the overall motion carried, many councillors were still wary of the implementation of the tax, saying they need to have more discussion before a final decision is made.

“I felt like we were moving a little too quickly,” said Helmer. “This is a pretty substantial additional tax, and I feel moving this quickly was not the wisest move, but I’m glad we’ll see a report come back with a lot of those details, and I look forward to discussing it then.”