Breaking News
Home / World Tourism / Day of the Dead To Generate an Estimated $1.8 Billion in Mexico 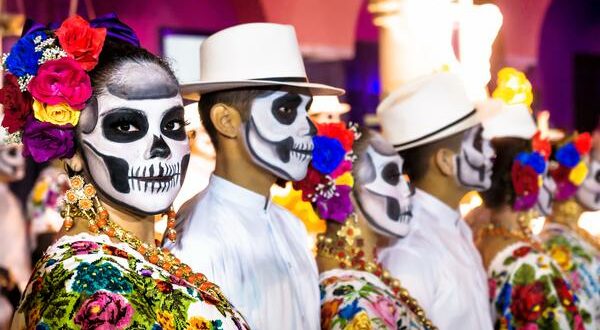 Day of the Dead To Generate an Estimated $1.8 Billion in Mexico

It is estimated that the economic spill derived from tourism in Mexico during the celebration of the Day of the Dead, from October 28 to November 2, 2022, will be $1.8 billion.

According to Mexico’s Secretary of Tourism, Miguel Torruco Marques, the arrival of 2.1 million tourists to hotels is expected through November 2.

He said that, compared to the same period in 2019, this means a recovery of 95 percent. Only for the Day of the Dead Parade in Mexico City, an economic spill is estimated at $45.5 million for tourism services and the attendance of 1 million people.

Torruco Marques pointed out that during these six days, the expected economic spill for lodging is expected to be $191 million and hotel occupancy nationwide is estimated to be 56.1 percent, equivalent to 4.4 percentage points more compared to the same period of 2021 when the general occupancy during these festivities was 51.7 percent.

From the total estimated visitors who will arrive at a hotel, 1.5 million will be Mexican nationals (73.9 percent) and 565,000 tourists will be international (26.1 percent).

Torruco Marques stressed that additionally, it is expected that in this season, another 2.4 million national tourists will stay in a different type of accommodation, such as houses of either family or friends, as well as in the so-called second homes. The expectation is that in total 4 million national tourists will travel through Mexico during the period of the Day of the Dead festivities.

It is also estimated that another 283,000 tourists, both domestic and foreign, will stay in shared accommodations.

Due to the Day of the Dead Parade in Mexico City, an occupancy percentage of 77.9 percent is expected, with 78,000 tourists staying in hotel rooms on the day of the parade and an economic spill of $4.1 million for lodging in the capital of the country.