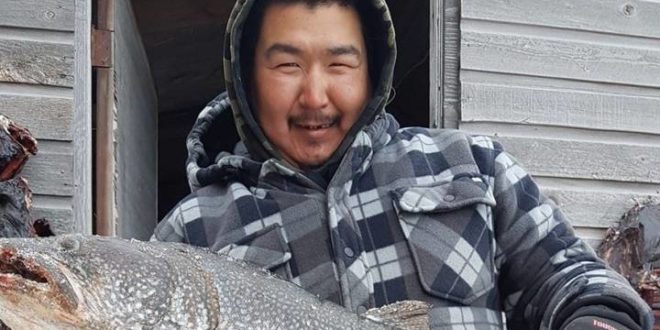 Declining sea ice, not tourism, is likely to blame for the tragic death of an Inuit man in last week says a leading polar bear expert.

Aaron Gibbons — known as Gumby — was teaching four children, including his son and daughter, how to pick bird eggs last week on Sentry Island about 10 kilometres from the town of Arviat when he noticed a polar bear stalking the kids.

His sister Dorothy Gibbons told Global News he began throwing rocks at the bear to distract it while the kids jumped in his boat.   An experienced hunter who provides meat for many in town, Gibbons had left his .22 rifle in his boat.

“When the bear was far enough from the kids he started running from the bear,” Dorothy Gibbons said by phone from Arviat, “but the bear caught up with him and attacked him.  His kids saw the whole thing happen.”

Gibbons died as his kids used a CB-radio to call for help. The bear was subsequently put down.

His family remembered him as a gentle man.

“All his life I never saw him mad,” Gibbons said. “He never lost his temper, was never angry.”

Aaron Gibbons was a hunter and fisherman from Nunavut who was killed by a polar bear while protecting his children. (Credit: Gibbons family)

In the days after his death many in the community blamed increased tourism for bears losing their fear of humans. Excursions in nearby Churchill Manitoba allow tourists to get up close and personal to bears although by law they’re not allowed to feed them.

“We moved (to Arviat) almost 60 years ago,” Suluk said. “At that time the danger of the polar bear was never thought of. We could even sleep on the land in a tent.

“But nowadays we can’t sleep in a tent because we’re always scared of the polar bears coming into our tent and attacking the people who are sleeping.”

Between 1870 and 2014 there were 73 confirmed polar bear attacks, with 20 fatalities. But last year alone there were over 300 polar bear sightings in Arviat.

Suluk says they’re also frustrated that the community is only allowed to kill eight polar bears each fall — a total that they reach in three days.

Polar bear expert Ian Stirling of the University of Alberta says they’re not wrong to say bears are posing a bigger problem than ever before. Stirling says you never used to see bears this close to land as they hunted almost exclusively on ice floes.

“The primary explanation (for bears coming close to town) is likely the shortage of ice,” he says. “Not the ice itself but what it means for bears. Late spring and early summer is their primary hunting time.”

And if the bears don’t have the ice floes to hunt from they have to adapt. Despite the increase in sightings Stirling says the polar bear population has decreased 20% in recent years. And with global warming not showing any signs of slowing down it appears the bear problem will continue.