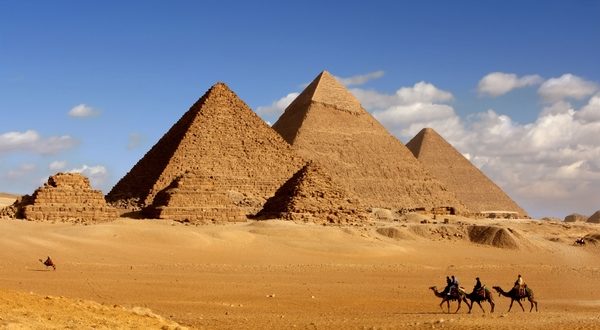 After years of struggling, it appears as though Egypt’s tourism industry is firmly on the rebound.

New data from the World Travel & Tourism Council (WTTC) reveals that last year, Egypt’s travel and tourism sector became the fastest growing in North Africa, increasing by 16.5 percent. That figure also puts the country well above the global growth average for 2018 of 3.9 percent.

The country’s tourism industry growth is now second only to Ethiopia when factoring in data for the entire African continent.

Egypt’s steady rebound over the past few years has been linked to the improved security infrastructure, which has helped to attract international visitors back to the country’s shores, and has allowed major travel companies to restart operations in popular destinations such as Sharm el Sheik, said the WTTC in a statement.

What’s more, 2018 represents the second year of record growth for Egypt. In 2017, the industry’s growth rate was a substantial 54.8 percent for the country. Egypt’s travel and tourism industry now contributes about $30 billion to the country’s economy and supports 2.5 million jobs.

In other words, more than one in ten travel jobs in Africa (24 million) are located in Egypt.

Home to such famed antiquities as the Great Pyramid of Giza and the Valley of Kings, tourism is a central part of the country’s economy.

Visitor numbers began declining dramatically years ago amid such incidents as a revolution, several airline disasters including the ISIL bombing of a Russian Metrojet flight over the Sinai Peninsula that killed 224 people and deadly bombings at Coptic churches.

In 2018, the death of two British tourists at a Red Sea resort added health concerns to Egypt’s challenges.

During interviews last year, Egypt’s Minister for Tourism, H.E. Dr. Rania Al-Mashat said the country’s government is working to diversify its tourist base and has begun targeting travelers from Asia and Latin America.

While the country’s travel industry has still not fully recovered to pre-crisis levels, the size of the Egyptian travel economy in 2018 was the healthiest it has been since 2010. In total, international tourists spent about $12 billion in Egypt last year, accounting for more than 27.3 percent of total exports, the WTTC reported

Additional highlights from the new WTTC report include:

—Combined with domestic spending, travel, and tourism supported 11.9 percent of the nation’s GDP in 2018.

—Travel and tourism is responsible for 9.5 percent of all Egypt’s employment, or 2.5 million jobs

—GDP contribution is projected to grow even further, by 5.4 percent in 2019

In November, Al-Mashat spoke at a WTTC panel highlighting the importance of travel and tourism as a job creator, explaining that in Egypt the travel sector is a “job multiplier”. That is, for every job directly created in tourism a further three are supported.

Inclusivity is also central to Egypt’s strategy said Al-Mashat, who hopes to translate the sector’s growth into enrichment by “creating at least one opportunity for one person in every household in the country” during her tenure.

A variety of new attractions have also been announced to draw tourists, among them the $1 billion Grand Egyptian Museum, which is scheduled to open in 2020. The facility will showcase more than 10,000 artifacts.

“We are delighted to see the strong recovery of the Egyptian travel sector—a sector so crucial to national economic growth and a key provider of jobs,” said Guevara. “WTTC also acknowledges H.E. Dr. Rania Al-Mashat’s prioritization of the sector and strategy to use the sector to enrich citizens and spread the benefits of travel and tourism across the country.”

The WTTC has been collecting travel and tourism data for more than 25 years. The data gathered encompasses about 185 countries.