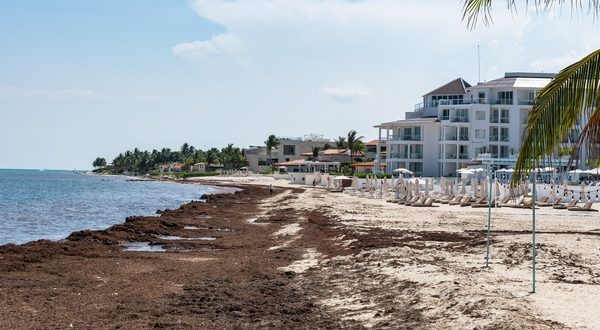 Experts announced Monday the sargassum invasion of beaches along the Mexican Caribbean will likely return in 2019 despite efforts to combat the seaweed.

According to the Latin American Herald Tribune, National Autonomous University of Mexico (UNAM) scientist Brigitta Ine van Tussenbroek said the damage to the ecosystem and the tourism industry will be severe if the sargassum returns with the same ferocity as last year.

Van Tussenbroek’s comments were in response to a report from the University of Florida stating massive deposits of the sargassum are being documented in the open sea and expected to reach Mexican beaches.

The areas most likely to be impacted include Cancun, Chetumal and Tulum, but when the seaweed will arrive is still up for debate. How much of the sargassum washes ashore will also depend on local atmospheric conditions, such as trade winds.

While the seaweed has traveled toward Mexico year after year, it was only recently that large deposits started washing up on the shorelines of the Mexican Caribbean. The increase in sargassum could be attributed to the rising temperatures in ocean waters or the dumping of organic trash in the rivers of Central American countries.

“We don’t know how resilient ecosystems are in such situations, but they seem vulnerable,” Van Tussenbroek said. “We’re probably far from any kind of recovery, and the outlook is anything but encouraging.”

Previous Revealed: The UK’s most expensive airports for 10-minute drop-offs
Next Phocuswright study shows independent hotels are concerned with growing costs of third-party reservations but see metasearch as a solution