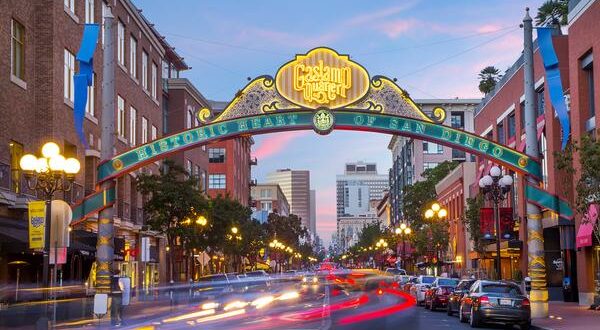 San Diego might be more famous for much newer attractions, but some of the most eclectic dining and entertainment options are in the city’s Gaslamp Quarter, right in the middle of Downtown San Diego. The Quarter has maintained its historic character after an extensive late 20th Century refurbishment, with buildings dating back as early as the 1850s. Overall, it’s one of the best-preserved neighborhoods featuring Victorian Era architecture in the U.S.

A number of lodging options, including the Hilton San Diego Gaslamp Quarter are located right at the doorstep of this very walkable neighborhood, making it a city destination unto itself for travelers.

Previous 10 Accessible Beaches Across the US and Canada
Next Airline, airport chaos driving more private jet flights despite celebrity bashing