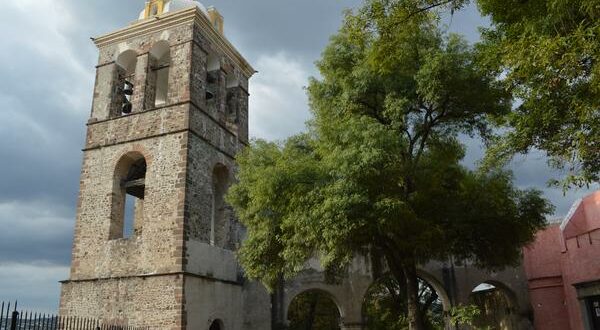 The city of Tlaxcala brings a new world heritage site to Mexico, with UNESCO recently recognizing the Ex-Convent of San Francisco, a gem of Spanish colonial architecture.

This important designation seeks to protect and conserve one of the most emblematic buildings of the city of Tlaxcala, located about two hours from Mexico City.

“The Ex-Convent of San Francisco is iconic to the city and state of Tlaxcala. It is also included in the Route of Faith, which consists of a cultural and religious walk through the most beautiful temples in the region,” says Elena Minnullina, Director of Tourism Promotion of Tlaxcala.

Minnullina explains that the City of Tlaxcala and UNESCO signed a commitment to safeguarding, protecting, and conserving the Ex-Convent of San Francisco, a fantastic building founded in the 16th century and one of the architectural gems of Colonial Mexico. There are already 15 monasteries in the state of Tlaxcala registered with UNESCO.

This achievement is one of the results of the heritage promotion program in which convents are the strategy’s primary focus. Thanks to this appointment, the City of Tlaxcala will receive the necessary funds to keep this valuable colonial building in perfect condition, which is expected to generate a greater flow of national and international tourists. “We must convey to our community the importance of the heritage where they live and where they will celebrate Mass. They must know it’s one of the world’s most important sites,” added Minnullina.

The route of Faith of the city of Tlaxcala, which includes the Ex-Convent of San Francisco, its church, and the Open Chapel, takes tourists through a series of temples built in the 17th and 18th centuries such as the Basilica of Ocotlán, a sacred sanctuary for the communities of the area because, according to popular belief, it is the place where the Virgin Mary appeared during the Spanish Conquest. The extraordinary baroque architecture, and the detail of its delicate decorations, make this a unique temple of the colonial history of Mexico.

In addition, the tour shows important wall paintings that helped the Spaniards during the evangelization process of the area’s communities. Tizatlan’s Open Chapel, for example, features an invaluable series of paintings depicting scenes from the Bible, including the Baptism of Jesus in the Jordan River, Franciscan Allegory, and Jesus in Purgatory, among others. On the other hand, the Chapel of the Neighbor is a sanctuary where the parishioners ask God that the sick not suffer and rest in peace.

In addition to this architectural heritage, the city of Tlaxcala offers its visitors some of the best Mexican gastronomy that includes dishes also considered to be of world heritage such as the traditional Mole de Tizatlán (made with various peppers), quesadillas, tamales, cornbread, and a series of recipes made exclusively from local products. On the other hand, the city’s hotels offer world-class accommodations and cozy boutique hotels housed in former colonial houses with high-quality services for both domestic and foreign visitors.

Finally, one of Tlaxcala’s main tourist attractions is the bullfights in the Plaza Jorge Aguilar, built in the lower courtyard of the Ex-Convent of San Francisco. “It is one of the most beautiful in Mexico, with its Campanario Tower, on one side of the Convent, which gives added value to our bullring,” says Minnullina. All these material and immaterial contributions to the world heritage make the capital of the state of Tlaxcala one of the most recommended places to visit in Central Mexico.

Previous Development of remote regions to boost the vacation rentals market: FMI study
Next Mexico’s Top Destinations Beyond the Beaches