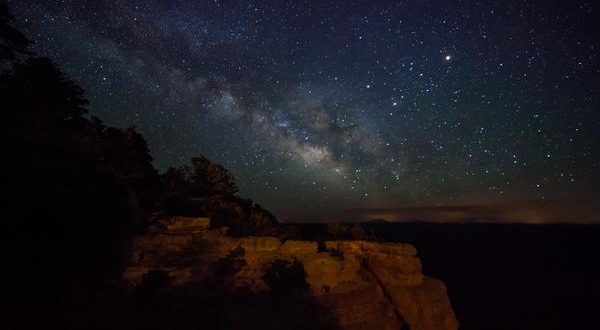 After a certification process three years in the making, Grand Canyon National Park proudly presents itself as the world’s newest official International Dark Sky Park. What does that mean? Essentially, the park has been recognized as one of the best places on Earth for witnessing the wonders of an unpolluted starry night sky.

In celebration of this milestone and to kick off its 29th Annual Star Party, Grand Canyon National Park will hold a ceremony on the South Rim at Mather Amphitheater at on June 22, 2019. Featured guests at the event will include members of Grand Canyon Conservancy (GCC) and park leadership, a Lowell Observatory historian and an International Dark-Sky Association representative, who will speak about the importance and advantages of the certification. The iconic park also happens to be celebrating its Centennial this year.

Founded in 1998, the International Dark-Sky Association is a non-profit whose mission is to preserve and protect the nighttime environment and our heritage of dark skies. Its award-winning flagship conservation program’s purpose is to recognize and promote excellent stewardship of the natural night sky, with certifications in six categories having thus far been awarded to more than 65 Dark Sky Places across six continents.

While the designation does not carry legal or regulatory authority, the National Park Services’ press release stated that: “it demonstrates the park’s commitment to improving its night skies through the use of more energy-efficient, sustainable lighting. Certification also reaffirms Grand Canyon’s commitment to educating the public and gateway communities about the importance of environmentally responsible lighting.”

The Certification process was initiated back in 2016, with Grand Canyon National Park receiving Provisional International Dark Sky status following an initial inventory and assessment of over 5,000 exterior light fixtures. The park was given a three-year time frame in which to retrofit 67 percent of these light fixtures, some of them historic pieces, to be dark-sky compliant in order to achieve full certification.

Retrofits were finished in May of this year, bringing the total dark-sky compliant lights in the park up to the required 69 percent. In coming years, the park plans to reach 90 percent compliance, with the next phases of the focusing on the North Rim, Desert View, Phantom Ranch and Tuweep areas.

In the press release, officials emphasized, “The amount of lights inventoried and retrofitted in this process undoubtedly makes Grand Canyon National Park one of the largest, most complex, International Dark Sky Parks in the world.”