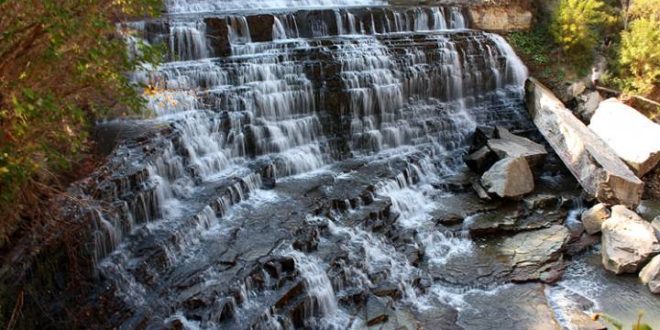 2018 was a record year for tourism in Hamilton.

Figures presented during a budget presentation at city hall on Wednesday show that 4.5 million visitors spent $30 million in the city last year.

They also booked over 22,000 hotel stays, more than doubling the total of just three years earlier.

Director of Planning and Economic Development Jason Thorne adds that three more hotels are in the works, which will improve the city’s capacity for hosting major events.

Thorne says they will be built this year and next, one of them on Upper James Street on the central mountain, another at King and Queen Streets in the downtown core and the third at McMaster Innovation Park in the city’s west end.

READ MORE: $1.3B in building permits a new high watermark for Hamilton

Despite the record tourism numbers, which also included an increase in museum admissions and film permits, there are signs of an expected economic slowdown elsewhere in the city’s 2018 statistics.

The overall value of construction activity slipped by about $100 million in 2018, to just over $1.26 billion, even though building permits topped the $1 billion mark for the eighth time in nine years.

Previous Pakistan overhauls visa regime as it seeks to boost tourism figures
Next From graffiti galleries to botanical gardens: The 2019 bucket list for intrepid millennials