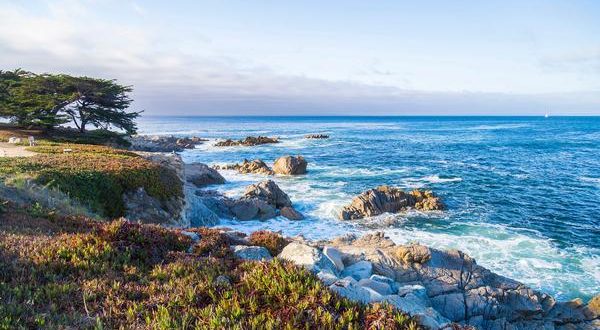 As fans of HBO’s “Big Little Lies” prepare season-two premiere on Sunday, June 9, 2019, many may consider a taking a trip along the coast to soak in Central California’s stunning scenery and seek out their own experience of such iconic areas as Big Sur, Pacific Grove, and Carmel-by-the-Sea, which serve as the backdrop for the star-studded, onscreen drama.

According to the Monterey County Convention and Visitors Bureau, tourism is the largest industry on the Monterey Peninsula and the second largest in the County.

“The popularity of season one of Big Little Lies’ among visitors had a huge impact on local businesses and the economy of Monterey County. And once the show aired, the gorgeous scenery inspired people to visit,” said Tammy Blount-Canavan, President and CEO of Monterey County Convention and Visitors Bureau. “We are thrilled that the show returned to Monterey for its second season to explore even more of what our region has to offer.”

To get an insider perspective on the show’s filming locations the Convention and Visitors Bureau recommends hitting several spots in particular.

First up is the iconic Old Fisherman’s Wharf in downtown Monterey, which is known for its lively shops and local seafood markets. There, one family-owned and –operated Italian Restaurant called Paluca Trattoria provided the inspiration for the set design of Blue Blues — the fictional café where the show’s stars gathered for coffee and gossip.

The historic town of Pacific Grove, located at the tip of the Monterey peninsula, boasts beautiful coastline and breathtaking surrounds used for some of the show’s most dramatic moments. There, visitors will find Lovers Point Park an ideal place to enjoy a picnic and observe native marine life, including whales and dolphins.

Of course, one can hardly think of Monterey without calling to mind the magnificent Monterey Bay Aquarium, widely considered to be one of the preeminent aquariums in the world. Word is that the venerable institution is set to be spotlighted in the upcoming season of “Big Little Lies.”

Dedicated to marine wildlife, research and conservation, it’s home to more than 35,000 creatures and over 500 different species. Special exhibits include “Open Sea”, and “¡VIVA Baja! Life on the Edge — a land and sea adventure.”

Pebble Beach Golf Link, located on the southern tip of Monterey Bay Peninsula, happens to be celebrating its centennial anniversary in June 2019. That’s 100 years of thrilling golfers and spectators alike with its Pacific Ocean vistas, cliffside fairways, and coastline-hugging greens. Fans will get a thrill out of playing a round at Pebble Beach, which welcomed Reese Witherspoon to enjoy a legendary 18 holes on a break from shooting season two.

Reportedly, production designers installed a new set of stairs leading down the cliffs to the beach for easier access. For an Instagram-worthy photo, Monterey County Convention and Visitors Bureau recommends exploring the beach and western coastal trail that begin at Gate 19 off Highway 1.

Previous Gradual slowdown in U.S. hotel performance to continue
Next The 4th edition of the Adriatic Sea Forum kicks off in Ancona