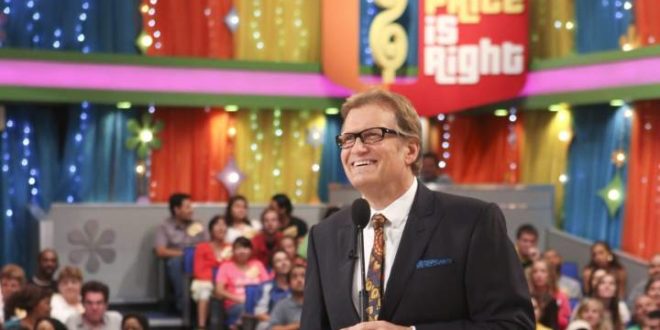 Winning a trip sounds like an amazing prize, but what if that getaway was to frosty Winnipeg in the middle of the winter?

After being called to ‘come on down’ during a recent taping of The Price Is Right, Norton won a motorcycle and was given the opportunity to play in the “Showcase Showdown.”

Norton passed on the first showcase — a trip to Morocco — and was then given the chance to win a six-night stay at the Fort Garry Hotel in Winnipeg, and a one-night stay in Churchill.

After his opponent guessed over the value of her trip, Norton was awarded the showcase.

Social media was divided over whether a trip to Winnipeg and Churchill was a great prize.

So, how did a trip to Winnipeg end up the main prize on one of TV’s most popular game shows? That appears to be something of a mystery.

Global News reached out to Manitoba agencies known to promote the province and was surprised to learn that none of them were in on the arrangement.

“Travel Manitoba was not involved in securing the prize to Manitoba that was on The Price Is Right, but we are of course happy to see the publicity for the tourism experiences our province has to offer,” Travel Manitoba’s Alexis McEwen said.

“Well we got a whole bunch of news about it as soon as it aired and we heard from Natural Habitat who does a whole bunch of business in Winnipeg with us. They let us know as well its pretty exciting and we’re happy that Winnipeg was so front and centre on such a well watched game show.” Economic Development Winnipeg’s President and CEO, Dayna Spiring said.

We contacted Frontiers North, who said a US company — Natural Habitat — was supporting the Churchill trip. But when we called them to confirm, they said they weren’t involved.

The Fort Garry Hotel said they didn’t sponsor the prize, but they did talk to the show when The Price Is Right‘s producers contacted the hotel to book the stay.

” They asked us if we would like to be part of the program and in turn they would do a trade with marketing for us and for the client who would win. They would have a gracious place to come and spend a few nights so we were quite excited for this knowing the history with the program with the Price is Right” Hotel Fort Garry’s Sherraine Christopherson said.

However, the hotel also told Global News that Norton later passed on the trip, saying he could not afford to pay the taxes on the prize.

Global News has reached out to The Price Is Right producers in an attempt to unravel the mystery.


You can read more of the news on source