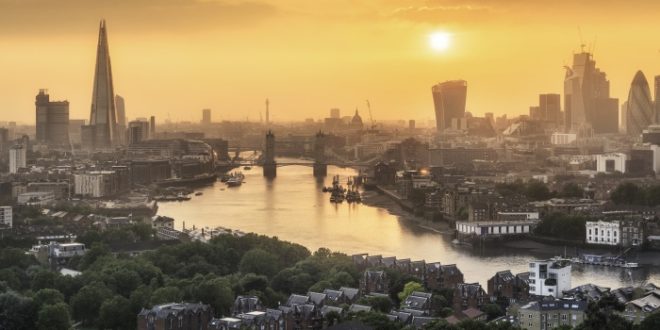 The UK could look forward to a rise in visitors from the United States during Thanksgiving week with flight bookings showing a rise of 20 per cent compared to the same period in 2017.

Data from ForwardKeys shows flight bookings from the US to the UK are up 20 per cent from Sunday 18th to Saturday 24th November compared to the week when Thanksgiving fell last year.

Thanksgiving Day this year is on Thursday, November 22nd.

The increase echoes a longer-term trend with forward bookings from the US to the UK tracking up 27 per cent from November 2018 to April 2019 compared to the same period previously.

The US is the UK’s most valuable inbound visitor market for tourism spend.

Visitors from the US spent a record £3.6 billion across the UK last year, up nine per cent on the previous year.

VisitBritain director, Patricia Yates, said: “We want the UK to be the number one destination for US travellers so it is great to see forward bookings looking strong in the coming weeks and months from our most valuable visitor market.

“With our hotels and shops, our visitor attractions and accommodation offering great value for US travellers it is a great time to book a trip.

“Working with partners including American Airlines, British Airways, Norwegian Air and Virgin Atlantic we are boosting route connectivity and seat capacity, making it easier for US visitors to travel and to explore further through regional gateways such as Manchester, driving growth from tourism across our nations and regions.”

US perceptions of the UK as a visitor destination are strong.

The US ranked the UK second overall out of 50 nations for its overall brand in the 2018 Anholt Nation Brands Index, up one place on 2017 and equalling its highest ranking ever.

The US also rated the UK highly for its vibrant cities and urban attractions, its historic buildings and monuments.

Tourism is worth £127 billion to the UK economy, creating jobs and boosting economic growth across its nations and regions.