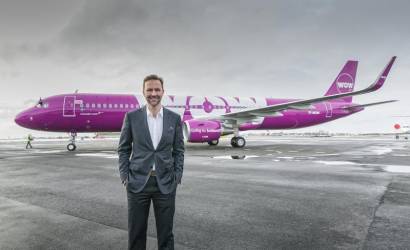 Two new airlines have announced they will begin flying into the Great Lakes region of the United States from the UK this year.

Icelandair will run four flights a week via Reykjavik to Cleveland, Ohio, starting in May 2018.

At the same time, Wow Air will be introducing Cleveland and Cincinnati, both in Ohio, and Detroit, Michigan, to its portfolio of US destinations.

The low-cost Icelandic carrier will see all the new routes depart from Stansted.

They join Chicago, Minneapolis-St Paul, and the existing Virgin Atlantic/Delta flight into Detroit, making it even easier for British travellers to explore the region.

The announcements come following the news Norwegian will fly to Chicago O’Hare from March 2018, out of Gatwick Airport, using the Boeing 787 Dreamliner.

Toby McCarrick, executive director of the Great Lakes USA, said: “We are excited to see new carriers such as Wow Air, Icelandair, and Norwegian in 2018 launching flights from the UK into the Great Lakes region.

“This helps to increase the variety of air travel on offer for the holidaymaker, making the region more accessible and cost effective.

“We are delighted to see the commitment from these airlines for this amazing region.”

The Great Lakes is the largest expanse of freshwater in the world with a unique and diverse landscape.

This region, which is the size of continental Europe, includes the US states of Illinois, Indiana, Michigan, Minnesota, Ohio, and Wisconsin.