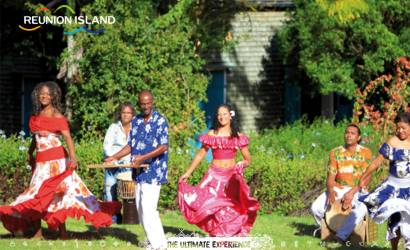 Following record tourist figures reported at the end of 2016, Reunion counted a total of more than 550,000 visitors in 2017.

With 11 per cent more tourists than in 2016, this double-digit increase has delighted the destination’s tourism authority as well as local stakeholders across the sector.

The cruise industry, which also saw year-on-year growth, completes the picture with its own record: 35 ships – or more than 43,276 cruise passengers – visited the island during the 12-month period.

A record number of tourists means a record amount of consumption, and accordingly the increase in the number of visitors had a direct effect on the local economy: more than €350 million of tourist-related external revenue was generated in 2017.

Again, this is a first for the destination.

Mainland France remains the most buoyant market to enjoy the island, with 78.3 per cent of total visitors.

After mainland France, the destination’s main market is the islands of the Indian Ocean, with Mauritius in the lead, which seems more and more drawn to Reunion: the number of tourists coming from the area increased by nearly 46 per cent over the year and now represents six per cent of the total number of visitors (64,104 tourists).

It is complemented by business tourism.

The average length of stay for tourists is 17 days, an important figure for a long-haul destination like Reunion.

In terms of accommodation, the hotel industry has once again this year reaffirmed and even strengthened its leading position in the commercial accommodation category.

To further reinforce this trend, the Regional Tourism Committee of Reunion Island has, since the beginning of 2018, strengthened its communication and promotion systems aimed at priority markets.

Such results and ambitions can only spark further interest in Reunion as a destination.