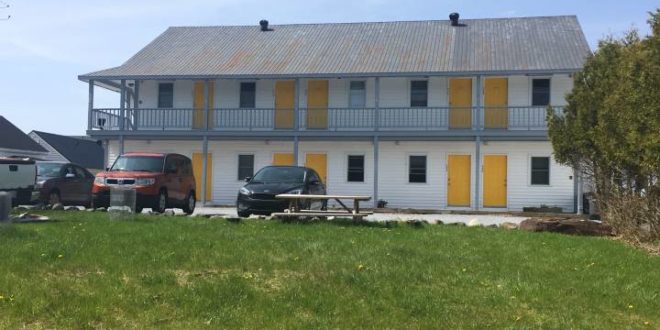 Kingsbrae Garden has purchased a 10-unit hotel overlooking the harbour in St. Andrews as a way to attract new workers from out of province.

The tourist hot spot has been looking for a creative way to attract new and skilled workers, often heading to college and university campuses out of province to find them.

“One of the things they first ask if they’re thinking of moving to our community is where can we live and we haven’t had a decent affordable solution until now,” says Brad Henderson, Kingsbrae’s director of sales and marketing.

But it’s been hard to fill those jobs because of an affordable housing shortage. All the houses and apartments are rented out seasonally to tourists, with a bit thicker pocketbook than students. Kingsbrae decided to buy an old hotel for staff housing.

It’s $500 a month, including heat, hydro and internet, with an oceanfront view as well,” Henderson said. “It’s no surprise all 10 units are occupied.

“I wrote my last exam on a Thursday and then Friday I was driving down here to start the season,” explains Chris Addison, a line cook at Kingsbrae who relocated from Algonquin College in Ottawa.

“Around January we talked about coming down and I was ready to come but there was no place to stay so I was looking at backup options — maybe go west, maybe stay put — and then suddenly there was a place to stay and they invited me to come down.”

The 27-acre garden is a tourist hotspot in the summer months, with more than 50,000 visitors annually. The attraction has expanded its shoulder seasons in an effort to keep up with demand.

“A lot of people are embracing the ‘staycation,’” added Henderson. “Obviously the American dollar is significantly higher than the Canadian, so it makes more Canadians stay right here on the east coast.

“We’re fortunate enough to see double digit growth over the last four years and as such we’ve expanded our team.”

It appears Kingsbrae may have stumbled upon a solution to a worker shortage felt across the province.

“One thing that you hear in New Brunswick or rural New Brunswick is that we need more young people,” explains Henderson. “Well, here’s a creative solution on how to get them to come. So I think that we could use this as almost a pilot for the rest of the province.” 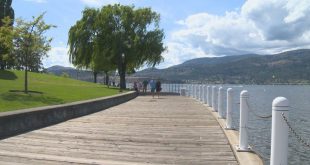 Overnight travel to the Thompson Okanagan on the rebound, tourism numbers show 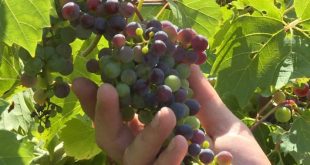