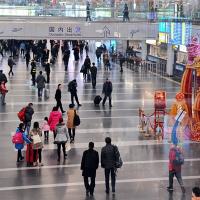 What everyone needs to know when traveling abroad

NEW YORK – On a visit earlier this year to India, Canadian Prime Minister Justin Trudeau went to great lengths to fit in, wearing heavily embroidered kurtas and showing off his polished Bhangra moves at a reception.

While traditional wisdom suggests that Indians should have appreciated this, the actual reaction was decidedly mixed, some praising his cultural dexterity while others derided his efforts as embarrassing appropriation of Bollywood stereotypes.

Research from Columbia Business School takes on this question of to what extent should you adopt local ways when your work brings you abroad? The paper – “Do As the Romans Do? Diversity Ideologies and Trust in Evaluations of Cultural Accommodation” by Columbia Business School Professor Michael Morris and former students Jaee Cho, now an assistant professor at Hong Kong University of Science and Technology, and Benjamin Dow – investigates how people evaluate foreign visitors who adopt local norms and offers recommendations for those visitors.

The first major finding is simple: some adaptation to local ways is received better than none at all. Most participants in their studies had a positive response to visitors who displayed moderate accommodation—adopting some local ways of communicating and acting even if the delivery and execution aren’t perfect.

“If you’re wondering whether to try to speak limited Spanish in Barcelona or say ‘G-Day’ in Sydney, the answer is a yes. Accommodate to a moderate extent and locals will appreciate the gesture,” said Professor Michael Morris. “Visitors need to be careful not to overdo it, since going too far can cause a backlash. This research sends the simple message to foreign visitors that effort matters. It’s a sign of respect and authenticity.”

The second major finding is more complicated, but it explains the mixed reactions to high levels of accommodation like Trudeau’s. The studies compared people with two different diversity mindsets: classical multiculturalism and a variant called polyculturalism. Multiculturalism holds that the different cultures of the world are separate traditions and that when they come together in a society (or an organization) it’s important to preserve the essence of each cultural group rather than blending them together. (Multiculturalism as a policy was first articulated, interestingly, by Trudeau’s father Pierre Trudeau who staved off the Quebec succession movement in Canada through policies to protect French Canadian culture.) By contrast, a variant view that has been gaining ground lately called polyculturalism holds that cultural traditions have always borrowed from and shaped each other and that the vitality of cultures depends on this interaction and evolution.

The studies consistently found that people with more preservationist mindset of classical multiculturalism didn’t like high accommodators—they see a visitor like Trudeau as trying too hard and betraying his or her own cultural heritage. However, people with the polyculturalist viewpoint appreciated high accommodators—they admired a visitor like Trudeau who has mastered some local customs.

The bottom line for your next foreign visit: The safe approach is accommodating to a moderate degree – enacting a mix of your own customs and local customs, taking a judicious approach to adapting the language, customs, behaviors, and habits of the new country. This makes a far better impression than making no efforts to accommodate whatsoever.

But don’t follow the old advice to do everything the Romans do. As evidenced by Prime Minister Trudeau, a high degree of mirroring local ways does not bring universally positive reviews. The wisdom of high accommodation depends on knowing something about your audience. To the extent that your audience thinks about their culture through the preservationist lens of classical multiculturalism—for example, the Hindu nationalist ideology that has swept through India of late—they may not appreciate efforts to cross cultural boundaries.

The study, How Do the Romans Feel When Visitors “Do As the Romans Do“? Diversity Ideologies and Trust in Evaluations of Cultural Accommodation, published in Academy of Management Discoveries is available online here.