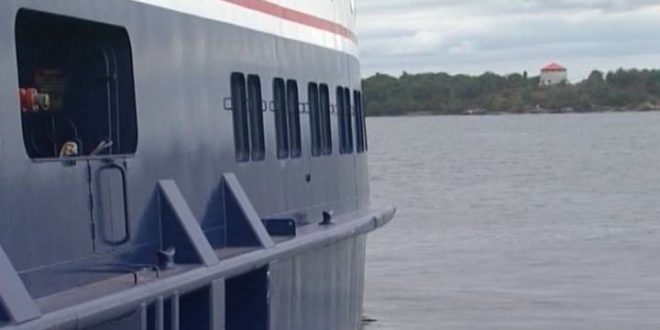 The Wolfe Island mainland ferry dock is expected to be a hub of construction activity in 2019. The ministry of transportation (MTO) is planning to expand the downtown dock, car boarding and passenger amenity areas this fall to accommodate a new, larger ferry that’s still under construction.

MTO spokesperson Brandy Duhaime says while exact dates for the ferry dock expansion are still being finalized, there will be public consultation this spring.

The City of Kingston may piggyback on some of the work to advance its own plans to open a deepwater dock for cruise ships. The project is proposed for 1 Queen St., which is adjacent to the ferry terminal.

The City of Kingston is negotiating with the private owner of this dock at 1 Queen Street with the intent of turning it into a deep water dock for cruise ships plying the Great Lakes.

The MTO intends to do dredging work to accommodate an extended ferry dock and city officials may utilize the same company to create a deep enough channel and mooring area, at least 4.6 metres in depth, so cruise ships can berth by the mainland.

“The dredging along the Queen Street Wharf is estimated to generate up to 1,800 cubic metres of material,” according to a recent staff report.

The lake bed sediments are likely contaminated from past industrial uses and may cost the city up to half a million dollars to remove.

The water lot is owned by the federal government. Councillors instructed staff to proceed with negotiations to acquire the water lot and complete an environmental site assessment.

Buying the water lot and dredging is part of a complex attempt to realize the city’s long-held dream to find a waterfront site that larger cruise ships can unload passengers for visits to the downtown. Many ships that currently ply the Great Lakes must anchor offshore from Kingston and ferry passengers to shore by water taxi.

Allowing passengers to disembark just one block from Princess Street would be a huge benefit to the tourism industry, according to city officials.

But Kingston doesn’t own the actual dock. Staff say they are negotiating with the private owner of the dock, currently used as a parking lot, and will provide council with an update on the short and long-term options, expected sometime this year.

Meantime, tourism officials have ramped up their efforts to attract small to medium cruise ships to Kingston in 2019 and future years. 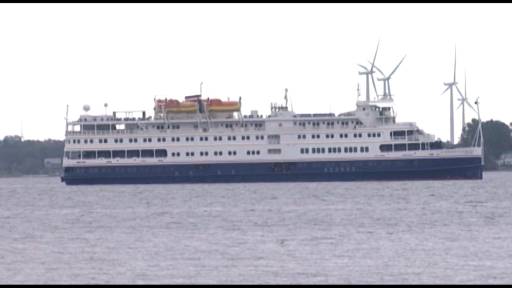 The city says 46 cruise ships stopped in Kingston in 2018, but the larger ones had to anchor off-shore.

In 2018, Kingston welcomed 46 cruise ship visits with a total of 3,544 passengers. The ships included the 66-passenger Canadian Empress, making 23 stops in Kingston, 45-passenger Kawartha Voyageur with 12 visits, 420-passenger Hamburg with two stops and 202-passenger Victory II making its first ever stop in Kingston.

About 49 cruise ship visits are expected to call on Kingston in 2019, bringing 4,794 passengers.

Cruise ships with 50 to 100 passengers are currently able to tie up at the Crawford Wharf, located near City Hall at the foot of Brock Street. Medium-sized ships with 200 to 300 passengers and those carrying more than 300 people must sit at anchor and transport their guests to the pier.

“This is not a preferred option for the cruise ship owners but city staff have been able to make arrangements to secure the medium and large sized cruise ships,” said the staff report.

The city sees huge potential in capturing a growing wave of cruise ship tourism in the future. “By 2020, there will be a total of five individual ocean-going cruise brands active in the Great Lakes,” according to staff.

The five brands will operate seven different cruise ships and offer a total of 14 different itinerary patterns, nine of which call for one or more Ontario ports, according to staff.

“The Great Lakes region remains very much a niche market for cruise ships and is limited by the dimensions of its many locks to a fleet of smaller vessels.”