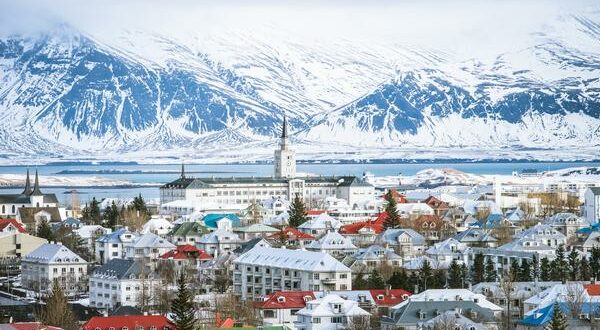 The way employees work has changed dramatically since the COVID-19 pandemic first struck 19 months ago, causing many companies to shutter offices and transition their workforce to remote positions. On a scale that was never before considered, people found themselves working from home, or anywhere else, with more freedom and flexibility.

Soon enough, remote workers realized they could take their “office” on the road, basically anywhere they could find a reliable Wi-Fi connection, getting to travel and perform their jobs at the same time. The bleisure travel or “workcation” trend has been booming ever since, allowing people to take longer trips and attain a better work-life balance.

With ‘National Work Life Week’ having only recently passed into our rearview and autumn officially here, Iceland’s flagship airline Icelandair decided now was time to determine the world’s ideal workcation destinations. Analyzing a range of factors, including quality of life, restaurant prices, internet speeds, annual hours of sunshine, warmest and coldest annual temperatures, annual rainy days, average snowfall and “Instagrammability”, it came up with an overall score for cities around the globe.

As it turns out, two of the top 10 best winter workcation destinations are in the U.S., three in Australia and New Zealand, and four in Europe. One Canadian city also made its way into the top 10.

Who would’ve guessed it, but Northern California’s largest city of San Jose took the top spot when all criteria were considered. Maybe it has something to do with Silicon Valley’s superior internet speed of 54.99 mbps, which lends itself to remote working. It also ranked highly in terms of quality of life, which was measured by factors like purchasing power index, pollution index, cost of living, safety and healthcare.

The Southern California hotspot of San Diego came in seventh place, but also claimed the top spot for being the most “Instagrammable” city by boasting more than 30 million hashtags on Instagram. The year-round warm weather, beautiful beaches and nearby mountains probably don’t hurt either.

Your idea of an ideal workcation could involve escaping to a spot with sunshine and warm weather while it’s the cold season in North America. Or, alternatively, you might be someone who delights in snowy landscapes, winter sports and sitting by a cozy fire at the end of the day.

The top-ranked sunniest spots for a winter workcation are all in the U.S.—Austin and Dallas, Texas and Charlotte, North Carolina. Austin’s average warmest temperature is 97.7°F. Dallas comes in a close second at 97.2°F average highest temperature and Charlotte follows with an average 89.6°F.

For the latest insight on travel around the world, check out this interactive guide:

For the latest travel news, updates, and deals, be sure to subscribe to the daily TravelPulse newsletter here.