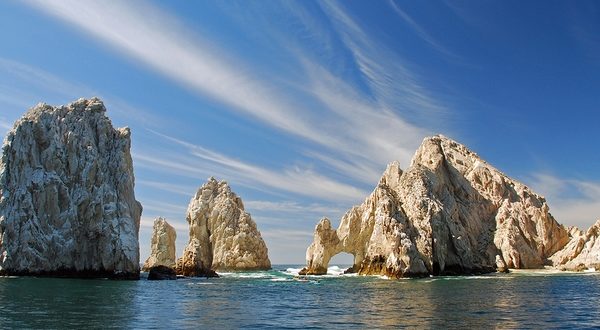 Los Cabos On its Way to Setting Record for Visitation Numbers

Los Cabos is on target to break visitation records this year. The news comes on the heels of the destination also reaching new levels of security, registering booming hotel growth and impressive new airlift offerings.

During an extensive interview with TravelPulse, Rodrigo Esponda, managing director of the Los Cabos Tourism Board, said Los Cabos has truly become one of the top global destinations.

“Los Cabos is the best destination people can visit in Mexico and in the world,” said Esponda. “There is no other place that is so competitive in terms of its product, connectivity, safety and the quality of the experience overall.”

Here are just some of the notable highlights from Los Cabos’ latest figures:

— The destination is on target to set a new visitation record in 2018, with overall visitation increasing seven percent to 2.7 million, up from 2.45 million in 2017.

—The yearly growth in visitation includes a 23.3 percent increase in international arrivals.

—During just the month of September alone, there was a 24.4 percent increase in visitors.

—Nine new flights are expected to begin operating over the next three months, connecting destinations throughout the U.S. and Canada to Los Cabos.

—There will be more than 500 weekly direct flights to Los Cabos.

—More than 1,000 hotel rooms have been added in Los Cabos recently and another 1,200 hotel rooms are expected to come online by the end of the year.

—Recent hotel investments in the destination have totaled more than $1 billion.

Perhaps most impressive of all, Los Cabos, which has a comprehensive plan in place to make sure the destination remains safe, has registered a 90 percent decrease in any incidents since initiating its action plan in 2017.

That plan has included the Marines, Mexico’s elite force, taking command of the state and municipal police in Los Cabos and leading a cohesive security program. In addition, a new Marine base serves as a mission control center in Los Cabos.

Los Cabos also activated 200 new police personnel, who were trained and evaluated at a police academy in Mexico City.

“We have done a very strong job with our destination partners to make sure that message has filtered down in the industry and to the consumer,” Esponda explained, adding that he believes there is aggregate growth in demand for the destination, precisely because of all the hard work that has been done to ensure visitor safety.

Los Cabos also has a very strong product, in terms of experiences, hotels, airlift and more, said Esponda. Among the new flight scheduled to begin serving Los Cabos are:

Meanwhile, a long list of top hotel brands are preparing for openings, among them Four Season, Ritz-Carlton Reserve and also Nobu.

“It’s all moving the needle toward Los Cabos,” said Esponda. “We believe the market is understanding that the product we offer is truly unique.”