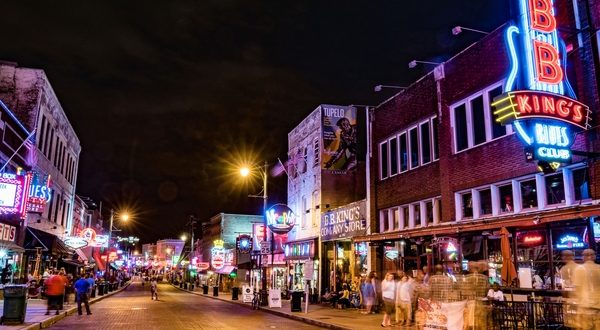 WHY IT RATES: With a bit of a new identity, Memphis hopes to move forward with a clearer vision of what they offer as an awesome U.S. destination for any type of traveler.—Michael Schottey, TravelPulse Director of Digital Content.

The Memphis Convention & Visitors Bureau has rebranded and is now known as Memphis Tourism, the official destination marketing organization representing the tourism and hospitality industry for Memphis and Shelby County. Data driven research, stakeholder interviews and audience testing drove the effort that led to the name change, along with a refresh of the organization’s music inspired logo and tagline. The Memphis Tourism brand focuses on music at its core, and the strong connection it makes with visitors from all over the world.

The launch of the new identity coincided with the annual MEMTalks meeting of tourism industry leaders that took place at The New Daisy Theater located along the city’s famed Beale Street blues alley.

“There isn’t a better place in the world to debut our new name, logo, and tagline than right here on the world famous Beale Street,” said Kevin Kane, President & CEO of the newly renamed Memphis Tourism. “Authenticity is at the heart of everything we do, staying true to who we are as a city and destination will aid us in fostering continued growth for the Memphis economy. The development of this new identity builds value for Memphis as an iconic destination, in addition to raising the profile of our tourism and hospitality industry on the local level, showcasing the value it has as an economic development engine and job creator for our community.”

Guided by feedback and intensive audience research that included a competitive set analysis, the goal of the logo redesign was to embrace the brand equity of the previous logo introduced in 1995. The refresh features a bold and whimsical script font with a guitar sweeping across the entirety of the Memphis text. Long known as the “Home of the Blues, Birthplace of Rock ‘n’ Roll,” the new tagline for the destination embraces soul music that came out of STAX and Royal recording studios. “Home of Blues, Soul & Rock ‘n’ Roll” widens the appeal and awareness for the distinctive Memphis sound that continues to be the number one travel motivator for visitors to the city.

“The most important part of the process in developing a new identity for our organization, that also works to effectively draw visitors to our destination, was to listen to the people around us,” said Regena Bearden, Chief Marketing Officer of Memphis Tourism. “This was a strategic approach driven by research that conveys to the visitor what our brand promise is as a music capital that celebrates three genres of music and the impact our music makers have had on our destination.”

The new Memphis logo and “Home of Blues, Soul & Rock ‘n’ Roll” tagline will be featured in multi-platform consumer and trade marketing campaigns that will work to attract an increasing number of leisure and meetings & convention visitors to the area. In 2017, Memphis welcomed 11.7 million visitors, nearly a half million increase from the previous year. The local tourism industry generates $3.3 billion in direct visitor spending and over $260 million annually in state and local taxes.

For more information on the new Memphis Tourism identity and to view a video that explains the data driven decision process, visit: memphistravel.com/brand-toolkit. Digital assets for media can be downloaded at this link to the Memphis Tourism digital asset library.