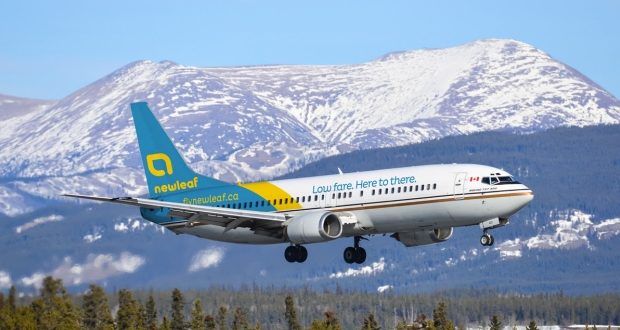 Discount airline NewLeaf Travel has been given the OK to start offering seats on low-cost flights in Canada.

The Winnipeg-based company, which in January promised one-way fares as low as $89 between seven Canadian cities, hoped to begin operations last month, but that came just as the Canadian Transportation Agency (CTA) was in the midst of conducting a review of the licensing requirements of so-called indirect air service carriers like New Leaf.

As a result of the delay, NewLeaf refunded all tickets sold and suspended operations until it could sort out the regulatory turbulence.

NewLeaf’s plan called for its flights to be operated by Kelowna, B.C.-based Flair Airlines, which owns and operates its own fleet of Boeing 737-400 jets.

Late Tuesday, the CTA cleared the air for NewLeaf by announcing that resellers — companies like NewLeaf that purchase seats from an air carrier and resell them to the public — don’t have to hold their own air licence. Flair Airlines is a licensed carrier.

That gives NewLeaf clearance for takeoff. “This is a victory for Canadian travellers,” CEO Jim Young said. “We are determined to bring low-cost air travel pricing to the Canadian marketplace. With the completion of the CTA review, we will resume booking in the very near future.”

NewLeaf also announced one-way fares from as low as $89 to as high as $149, which includes all airline fees and additional taxes.

The fares are for seats only, which is why NewLeaf bills itself as a “no frills” company.

There will be fees for extras such as on-board snacks and drinks, checked luggage and carry-on bags that do not fit under seats.