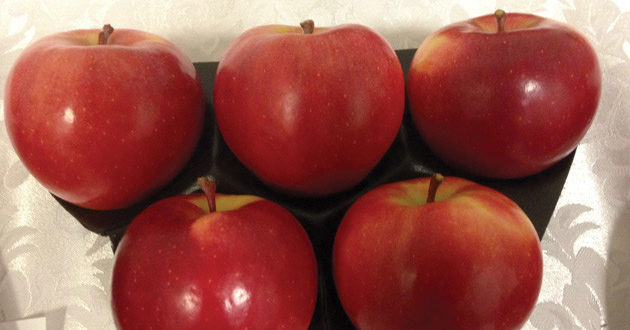 Okanagan apples bite into the competition

Going head to head with apple growers from across Canada at the National Apple Competition, Okanagan growers came home with some top honours, especially when it came to new varieties.

The competition is part of the Royal Agricultural Winter Fair held in Toronto and attracting entries from Nova Scotia, Quebec, Ontario and B.C.

Summerland grower Jim Hermiston received Reserve Champion for the New Varieties category for his Aurora Golden Gala, but in the Other named New Varieties category Okanagan growers took all five top spots, including Dave and Arlene Sloan of Matheson Creek Farms in Okanagan Falls, who took both fourth and fifth for their Salish and Nicola apples.

Both apples, Arlene explains, are recent products of the Pacific Agri-Food Research Centre and the Summerland Varieties Corporation, and are related to the Aurora Golden Gala.

“The Nicola was the second one that was released from the same parents and Salish is the new one. So these are all siblings to the Aurora Golden Gala,” she said. “The Nicolas are quite an intense red, a gorgeous apple. And the Salish is a redder apple and a bit of a bicolour.The Salish has a bit of a tang to it.”

The Sloans grow a variety of apples on their farm, not only new varieties, but also classics like Gravenstein and McIntosh, along with peaches, table grapes and ground crops like sweet corn.

The reason for growing such a variety of crops, she said, is because they market all their fruit themselves, direct from the farm. Different harvest dates means being able to keep a continuous supply in their market.

Things were different when she and Dave took over the farm in 1978 — the land has been in the family since 1948.

“At that time, we had Spartans, Red Delicious and Golden Delicious, that was our primary apple varieties and we sent them all to the packing house,” said Arlene.  “Now, if I had five acres of those three varieties, I’m not going to be bringing people back week after week to try new varieties.

“We won’t have all 20 of those varieties on any one day. We will pick those apples and in the next two to three weeks be sold out of them, but we will have another variety that is still coming.”

Adding other crops means being able to supply more of their customers needs, she said, without having to go to other suppliers.

Farming brings its own reward, according to Arlene.

“It is pretty gratifying to be able to feed people and to be able to give people good quality fruit. I think it is cool that in the valley we still have fruits and vegetables being grown, because we have first class growing conditions,” she said. “But it is pretty nice at the end of the day and the end of the year to know that we have made a difference.”

Other winners include, Coral Beach Farms in Lake Country, Angie Ritz in Kelowna and Windmill Orchards in Summerland. 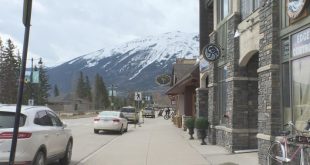 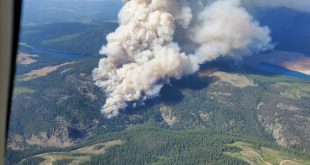 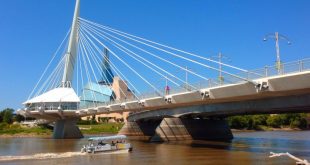