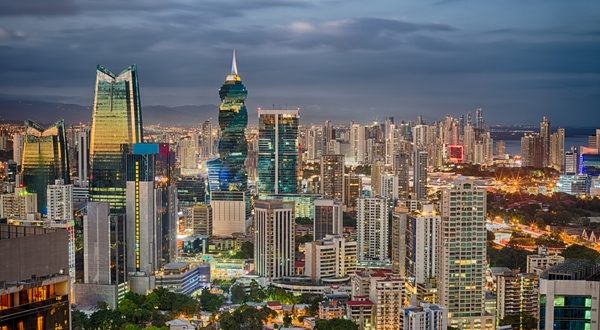 Being home to a world-famous canal can sometimes overshadow a country’s many other charms.

The country in question, of course, is Panama, a destination that for decades now has been most well-known for the famous feat of human engineering cutting through its center, linking the Atlantic and Pacific oceans.

Opened in 1914, the Panama Canal is an essential shipping route used by hundreds of thousands of ships each year.

But beyond the canal, Panama has many other charms and attractions, not the least of which is its burgeoning culinary scene. The heart of this foodie mecca, I would argue, is Casco Viejo, the historic district of Panama City.

Years ago, Casco Viejo (also known as Casco Antiguo) was dominated by gangs and crime and was a place few would dare to visit for any reason, let alone for a memorable meal.

Fast forward to current day and the community is a dramatically different place, now home to art galleries, trendy cafes, luxe boutique hotels and some of Panama City’s best chefs and restaurants.

Even beyond Casco Viejo there are now countless high-quality restaurants throughout Panama City. It’s hardly an exaggeration to say the country’s culinary scene is exploding. As a melting pot of Afro-Caribbean, Latin American and European cultures, Panama’s culinary scene has grown to reflect the country’s diversity.

Here are some of the most notable choices for those visiting Panama with a culinary itinerary in mind.

Serving authentic Panamanian traditional cuisine, El Trapiche has actually been around since 1983. The restaurant was opened by three friends who decided to bring the flavors of the Panamanian countryside to the city. Each of the three owners shares their own family recipes in order to create a unique menu offering a taste of Panama with all of its regional nuances.

At Mercado de Mariscos you can eat like a local without spending a fortune. Located in Casco Viejo, this fish market features daily catches like tuna, snapper, and octopus. Other notable menu items include seafood stew and ceviche.

A family restaurant offering Panamanian dishes, Mi Ranchito prides itself on its special attention to the preparation of seafood. The restaurant is located on the Island of Naos, off the Amador Causeway. Menu highlights include local shrimp, octopus, squid and lobster. In addition to the food, the view of the Bay of Panama makes it well worth the trip.

Though this list of restaurants is far from complete, one last noteworthy option to keep in mind is Maito, which features a gourmet menu made up of traditional cuisine that has an international spin. Located in the suburb of Coco Del Mar, this stylish restaurant’s menu offers such options as fish, seafood, pizza and more, all created with locally sourced ingredients.

More information about Panama and all that it has to offer can be found at Visit Panama.