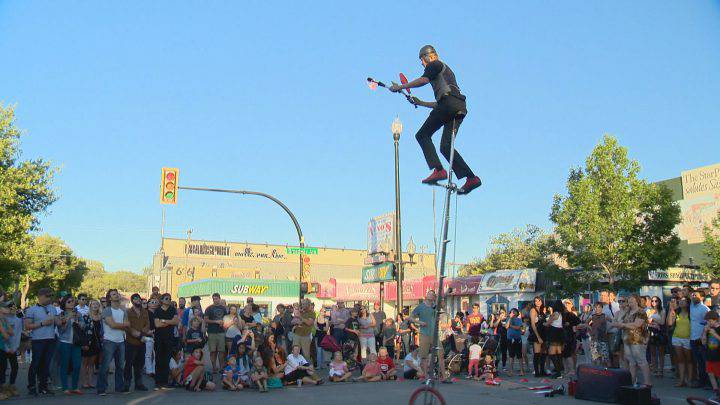 Saskatoon set to cash in on long weekend festivals and events

The PotashCorp Fringe Festival, SuperRun car show, Saskatoon Ribfest and other long weekend events are expected to bring hundreds of thousands of tourist dollars to the city.

SuperRun, a gathering of hot rods, muscle cars and other collectible vehicles is expected to draw upwards of 300 vehicles from out of province.

Virtually every person will pay for a hotel stay and food, among other amenities.

Over the course of 10 days, the PotashCorp Fringe Festival will contribute approximately $1 million to $1.5 million in economic spinoffs to Saskatoon, according to 25th Street Theatre executive director Robert Wyma.

“It’s an estimate, but we feel it’s a fairly accurate estimate,” Wyma said.

One-third of fringe acts are from Saskatchewan, another third are from around Canada and the rest are international acts, he said.

About 75,000 people visit the fringe festival every year.

In June, USA Today named Saskatoon the fourth most travel-worthy destination in Canada.

“We sometimes forget how big a business tourism is,” Fallon said.

“We know for example, for every million dollars spent in tourism activity, it supports about 15 jobs in our local economy,” he added.

For every dollar spent by tourists, Fallon said it generates $1.50 in economic benefit to the city.