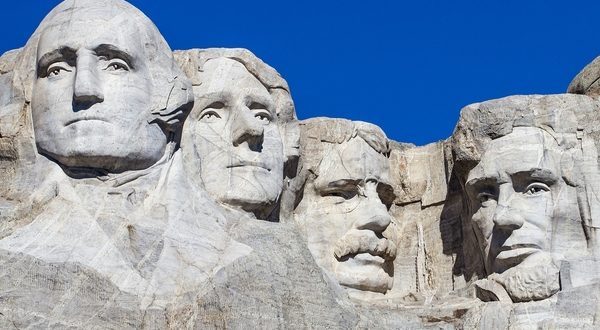 WHY IT RATES: From the new statue of Barack Obama to the 70th anniversary of the Crazy Horse Memorial, 2018 promises to be a fascinating year in South Dakota.—Mia Taylor, TravelPulse Senior Writer.

From celebrating Crazy Horse Memorial’s 70th anniversary and the City of Presidents’ unveiling of the Barack Obama statue, to new adventures including zip-lining and finding your inner paleontologist, South Dakota is planning for an exciting 2018.

In between all the fun, visitors can also get a taste of the state’s burgeoning culinary scene by stopping at innovative eateries and craft breweries with destination-inspired dishes.

The following developments are taking place in South Dakota this year:

Take Part in a Monumental Anniversary

Crazy Horse Memorial (Crazy Horse): In 2018, Crazy Horse Memorial, the largest mountain carving in progress, celebrates 70 years since the first blast on the mountain. Dedicated to preserving Native American culture and the living heritage of the Lakota tribe, the depiction of the great warrior Crazy Horse will be 641 feet long upon completion. During the bi-annual Volksmarch, June 2-3 and September 30, thousands of hikers will trek 6.2-miles up the carving’s arm and stand face-to-face with the head of Crazy Horse.

See a Different Side of South Dakota

City of Presidents (Rapid City): The long-awaited bronze sculpture of former president Barack Obama will be unveiled this summer in Rapid City, where life-size statues of his 43 predecessors currently reside.

Arc of Dreams (Sioux Falls): Spanning the length of a football field over the Big Sioux River, the Arc of Dreams will pay tribute to former city planner Steve Metli and all other “dreamers” out there. The massive stainless steel structure will serve as the capstone for the renowned SculptureWalk and is set to be completed and installed in July 2018.

Hotel Alex Johnson (Rapid City): Hotel Alex Johnson celebrates its 90th anniversary in July 2018. Built in the roaring twenties by a railroader who had a flair for luxury, the hotel is listed on the National Register of Historic Places and is a hallmark of the downtown skyline. For the month of July, the hotel will feature a 1928 Alex Johnson menu and 1920’s specialty cocktails, free birthday cake with entrees and a limited-time wine available for purchase.

Twist of Pine (Yankton): Yankton will soon be home to a boutique bed and breakfast lodge near Lewis and Clark Lake. Opening spring 2018, the cabin-style lodge will house one bed and breakfast suite with a beautiful copper soaking tub and timber-framed roof. The new lodge will sit on 47 acres of land overlooking a lake, a grove of trees and prairie.

Rushmore Tramway Adventures (Keystone): The newest addition to the adventure park, the Pinnacle Zip Tour is a two-hour guided expedition that will take daring travelers on a mile of zip line to race past breathtaking vistas and the majestic faces of Mount Rushmore.

The Mammoth Site of Hot Springs (Hot Springs): The site of the world’s largest concentration of mammoth remains has added a new 5,800-square-foot learning center with two theaters. Children can join the Junior Paleontology program to learn excavation techniques and how to identify fossil types such as the mammoth and giant short-faced bear.

Miner’s Morning (Deadwood): Wake up early for the newly-launched Miner’s Morning experiential tour of the 19th century Broken Boot Gold Mine, where travelers can practice gold panning at the mine before embarking to Whitewood Creek to test out their new skill.