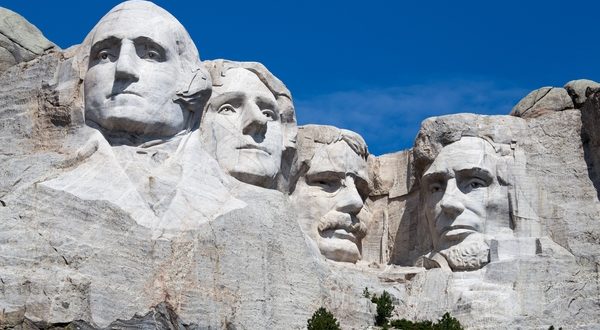 WHY IT RATES: There will be a variety of exciting events and offerings for South Dakota visitors in 2019, including the unveiling of a new sculpture of President Barack Obama.—Mia Taylor, TravelPulse Senior Writer

South Dakota Tourism is excited to share news of 2019 monumental milestones and the latest in accommodations, food and beverage, and experiential offerings across the state.

From Custer State Park’s centennial celebration to the debut of Sioux Falls’ first-ever boutique hotel, travelers to The Mount Rushmore State can enjoy the following in 2019:

Custer State Park (100th anniversary): South Dakota’s first and largest state park is home to abundant wildlife including one of the country’s largest bison herds, and adventures like hiking Black Elk Peak, kayaking on Sylvan Lake and driving through the Needles Highway.

Black Hills Roundup Rodeo (100th anniversary): For a century, thousands have gathered over July 4th weekend for one of the oldest continuously held outdoor rodeos in America.

Badlands National Park (80th anniversary): The striking landscape features a maze of buttes, canyons, pinnacles, and spires that can be seen by traveling along the Badlands Loop Scenic Byway. Timed with the anniversary, Hurley is collaborating with Pendleton to create a line of activewear inspired by the Badlands scenery, with a percentage of the proceeds benefiting the park.

Deadwood Gaming Association (30th anniversary): As the third venue in the country to permit gambling, Deadwood opened its doors to 80 casinos in the first year, and this legalization has since transformed the town into an entertainment hub. Leading up to Labor Day 2019, Deadwood will complete a $5 million public project, Outlaw Square, which will include an ice rink, stage, and gazebo. Adding to the timeliness, HBO is expected to debut its Deadwood movie in 2019, inspired by the town’s Wild West icons like Wild Bill Hickok, Calamity Jane, and Seth Bullock.

Jewel Cave National Monument (200 miles): Once thought of as a small cave with only two miles mapped, cavers have been exploring deeper into the cave since 1959, just recently reaching the 200th mile. A celebration for this milestone will be held at the monument on June 28-30, 2019 offering an array of activities for all ages.

Hotel Phillips (Sioux Falls): The city’s very first boutique hotel, Hotel Phillips, is slated to open this spring, converting a century-old bank to a 92-room stunning property. Following the trend of adaptive reuse, also known as repurposing historic buildings, the lobby will retain the original 24-bolt bank vault door as a tribute to its beginnings. Guests will enjoy on-site amenities including a library, spa, social room and more.

Wagons at Rushmore Shadows (Keystone): Experience frontier life in comfort in a traditional covered wagon that sleeps four to six people. Inspired by wagons of 1818, the accommodations have all the fun of the Old West, but with amenities of today.

Arc of Dreams (Sioux Falls): Spanning the length of a football field over the Big Sioux River downtown, the highly anticipated installation pays tribute to the dreamers who helped build the town. The sculpture will be in two large pieces over the river, yet the middle will not touch. The space in between represents the leap of faith it takes to make a dream come true. The Arc is expected to be completed this May and will serve as the capstone for the renowned SculptureWalk, which is a year-round exhibit of outdoor sculptures.

City of Presidents (Rapid City): The bronze sculpture of former President Barack Obama created by local artist James Van Nuys will be unveiled this summer, where life-size statues of his 42 predecessors currently reside. More details on the statue’s design and inspiration will be available nearer to completion.

Candlelight Tour of Broken Boot Gold Mine (Deadwood): The search for gold brought a flood of prospectors to Deadwood, but miners were only given a ratio of three candles per day. Experience a gold digger’s journey through the mine with the latest tour available daily from May 26 – September 3.

Great Plains Zoo (Sioux Falls): With more than 1,000 animals from around the world, the zoo will debut an Australia exhibit this summer featuring kangaroos, wallabies, emus and more.

Riibe Outdoors (Yankton): With this full-service bow fishing tour, both newbies and experienced fishermen can search for the perfect catch while boating along the mighty Missouri River. The experience includes gear, the boat rental, guidance from local experts and lunch.

Tatanka Rez Tours (Kyle): Immerse in Lakota culture with a custom guided tour of Pine Ridge Indian Reservation. This odyssey led by locals takes guests into the realm of the past, present and future of the Lakota Oyate with visits to important historical landmarks like Wounded Knee, lessons in local plants and herbs and guidance with cultural sensitivity training.

Lone Pine Kombucha (Rapid City): This kombucha brewery and taproom located is the state’s first and only licensed producer and distributor of the bubbly elixir. Unlike what is available in stores, Lone Pine’s small-batch kombucha is unpasteurized and 100 percent living, with a variety of sweet, tangy and acidic flavors on tap.

One Legged Pheasant Brewery (Aberdeen): The Hub City’s newest brewery serves nine craft brews between golden ales and milk stouts. The brewery sells pizza by the slice and during the warmer months, and food trucks serve patrons on the weekends.

South Dakota Chislic Festival (Freeman): With success from its inaugural event last July, the festival featuring South Dakota’s signature “nosh” will return this summer by popular demand. On July 27, cook-off competitors will vie for bragging rights for the best Chislic in the state. Live music, traditional-food vendors and craft beer vendors will also be on-site.