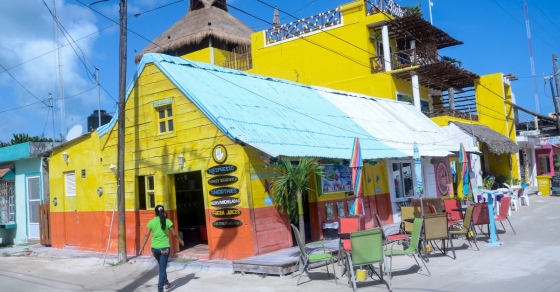 Several weeks before I found myself uncomfortably close to the world’s largest shark, I told a few folks I would be going to Holbox.

“Whole what?” asked more than one.

“Ohl-bosch,” corrected the locals when I arrived.

It’s not a household name yet, but it has fine sand, palm trees, wild flamingos and beachfront hotels charging less than $200 US a night.

Moreover, if you take a boat out from mid-May through mid-September, you have a good chance of swimming with a whale shark. There is no bigger fish.

Their grey flanks are peppered with white polka dots. Their mouths are up to a metre tall and wide.

Because they’re filter-feeders, consuming mostly plankton, they swim through life with their wide mouths open, no teeth in sight.

But first, the island.

It’s about 42 kilometres long and 1.5 km wide and is developed only at its eastern end. You’ll want mosquito repellent.

Most visitors arrive after a three-hour ride by taxi, van or bus from Cancun, then a half-hour ferry from the coastal town of Chiquila.

The temperature is rarely cooler than 18 C, rarely hotter than 32 C.

Before long, somebody will explain that the word “Holbox” comes from a Mayan phrase for “black hole,” perhaps derived from local freshwater springs.

So far there are no global hotel or restaurant brands — in fact, no hotels with more than about 45 rooms. About a dozen beachfront lodgings are lined up along Holbox’s north-facing shore, where the dock is.

The bohemian-chic, Italian-owned Hotelito Casa las Tortugas, where I was lucky enough to land, is more stylish than most of the island’s lodgings. It has 26 rooms, a pool, a raked-sand beachfront and rates that start at about $186 a night.

Most islanders live in low-rise, no-frills homes constructed in the last 50 years on the flat, sandy island. Most of the buildings are boxy and modern, often splashed with murals.

There is nothing Spanish Colonial here.

Because the island is part of the Yum Balam Nature Reserve and a hefty distance from Cancun, growth has been limited. One major development proposal has been tied up in court for years.

Yet the place is getting busier as travelers rush in from the U.S., Europe and Mexico City. As tourism grows (and debate increases about what’s sustainable and what isn’t), a sophisticated crop of restaurants has arisen.

Get off to a good start

Here are some of the things you do before heading out to find a whale shark:

Prowl around downtown Holbox. This won’t take long. The built-up east end is about five by 12 blocks. Most cars are banned, and the streets are dominated by golf carts (you can rent one), scooters, bikes and pedestrians. So far there’s not much nightlife.

Laze on the beach. The sand is fine. The waves are too gentle for surfing, but the winds are lively enough to encourage kite boarders.

On nights when the moon is dim, locals say you can spot bioluminescent phytoplankton glowing blue and green in the shallows. I didn’t see that, but I did catch sunrise and sunset at the dock as pelicans swooped and idle fishing boats bobbed.

At Mandarina, the restaurant at Casa las Tortugas, your dinner might be duck in orange mole and brioche of huitlacoche (a.k.a. corn fungus).

At Milpa, a small, sophisticated dining room that opened in 2016, you might order the Drunken Octopus Roaming Valladolid, which is octopus soaked in beer sauce under a dome of swirling fumes, with bits of bacon and chorizo, corn and bell peppers.

This was my favourite meal of the visit. Until that night, I’d never before walked home on unpaved streets from a dinner of molecular cuisine.

Look for feathers and scales. Some people get boat rides to the mangroves, where they paddle kayaks and often see crocodiles.

Many visitors sign up for a half-day island-hopping boat tour that includes Isla del Pajaros, where I spotted flamingos, and Yalahau, a freshwater spring where you can swim and snack on ceviche while iguanas and a coatimundi (a close relative of the raccoon) skirmish for scraps.

The company’s whale shark expedition costs about $125 per person. You borrow wet suits, mask and fins. A guide instructs you never to touch the creatures, which have been labeled “endangered” by the International Union for Conservation of Nature.

That’s in large part because of demand in Asia for the fins, meat and oil of the animals, which are supposed to be protected worldwide. But “harvesting” isn’t the only threat.

The World Wildlife Fund says that reckless tour-boat captains can interrupt sharks’ feeding or collide with them, and it works with whale tour operators to promote safe practices.

If your expedition is like mine, you’ll board a motorboat and ride about two hours to a cluster of whale sharks, which will likely be surrounded by a gaggle of boats bearing tourists from Holbox, Cancun and Isla Mujeres.

At some point, there will be snorkeling and a sand bar to explore. But the sharks are the main event.

Once your captain gets the boat close to one of their telltale dorsal fins, your guide flops into the water. Guests follow, two at a time.

For most people the greatest astonishment comes the moment you duck your head beneath the surface. Beneath those dorsal fins, 10 to 15 tons of animal loom like the hidden bulk of an iceberg, but living and swimming at your side.

You might notice a harmless remora or two (they use a sucker on the top of their heads to attach themselves to larger fish) gliding along in the shark’s shadow.

But apart from swimming to keep up, you have nothing to do but gawk at this docile wonder and forget the wider world.

That’s what I did, anyway, until my guide gestured for me to swim back to the boat. I turned and started kicking my way through the open, blue water.

Your peripheral vision is limited in a mask. And I was swimming at an angle. And now something else was moving nearby … .

Suddenly I was staring at a big, black oval directly in front of me. The mouth of another whale shark. Three feet tall, 4 feet wide, 5 feet away. It was like staring into the open end of a sleeping bag and finding deep space inside.

That waterproof camera in my right hand? Completely forgotten.

Fortunately the shark — which probably swam alongside a dozen scrawny, flailing mammals that day — showed no sign of caring. It made no sudden moves.

I barely succeeded in getting out of its way. Never touched it.

Then its flank passed before me, a blur of white dots, and I was alone again. The whole encounter took about three minutes.

The only thing left to do was find my boat, flop aboard and hope that these sharks and this island can thrive, or at least survive, amid the attention that’s bound to come.

How to get there:From Cancun, travelers take a two- to three-hour drive to the town of Chiquila. By public bus (www.ado.com.mx), one-way fares are about $15 US. By shuttle bus, fares are $40-$80 per person (for a couple) from V.I.P. Holbox (www.vipholbox.com) and Holbox Shuttle (holboxshuttle .com). By taxis, fares are usually $100-$130 each way.

The only way to reach Holbox from Chiquila is the Chiquila-Holbox ferry, about $5 each way for a 20-to 30-minute ride.

What to do: Several companies offer daylong whale-shark tours ($125-$135 per person) and half-day trips to Isla Pajaros, Isla Pasion and Yalahau Lagoon (about $30 per person). Among them: V.I.P. Holbox, www.vipholbox.com, and Holbox Adventure, holboxadventure.com.

Where to stay: The island is small enough that these hotels don’t have street addresses. 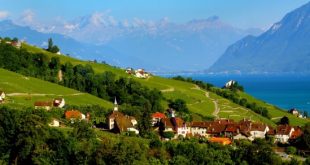 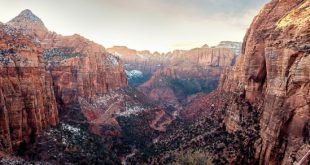 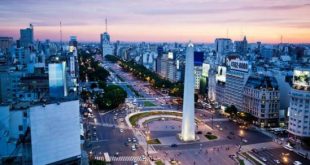