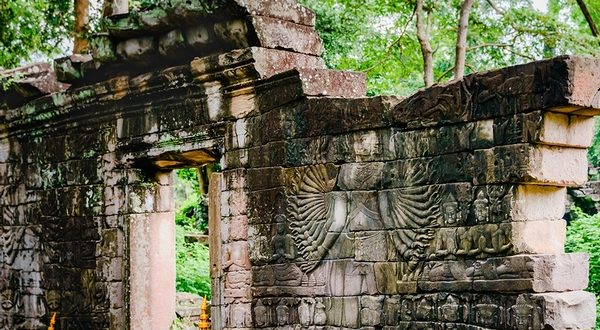 The Coolest Places to Travel in 2018

From the best luxury or budget destinations, to the most overdeveloped or underdeveloped places, Forbes recently named the 15 coolest places to travel next year by questioning experts at high-end travel companies—people the publication described as “super-agents.”

Based on their opinons, here are some of the places worth traveling to in 2018.

Already famous for being the home of Angkor Wat, super-agents say 2018 will be the year Cambodia makes its big splash on the world scene.

John Spence, US president of Scott Dunn, told Forbes that an array of new luxury hotel openings in the country will allow travelers to visit lesser known parts of Cambodia.

“A country on the verge” is how Bolivia is being described by experts. The destination has long been known for dramatic, otherworldly scenery, according to Indagare founder Melissa Biggs Bradley. More recently, the country’s cultural capital, La Paz, is increasingly becoming a foodie hotspot.

There are many parts of Tanzania that remain under the radar and underexplored. Ruaha National Park is one such example. It is the country’s biggest yet least visited national park. It is also now home to Asilia’s Jabali Ridge, a place that Dunn described as the ultimate in luxury lodges.

Another compelling game reserve to make note of in the country is Selous, in southern Tanzania. Home to Africa’s largest population of wild dogs, there’s a tented camp in the heart of the reserve called Roho Ya Selous, where visitors can participate in walking and boating safaris.

GeoEx will lead its first tour to Chad in 2018— a A country that Forbes described as largely devoid of tourism. The central African nation is home to Zakouma National Park, an 1,860-square mile expanse of the world’s most diverse grassland ecosystems and a massive rehabilitated herd of elephants.

“We are one of the few tour operators that have been awarded private, weeklong trips in the park,” GeoEx safari expert Starla Estrada told Forbes.

An archipelago that is part of the Kingdom of Denmark, the Faroe Islands operate as an autonomous country. That includes having a culture, language and currency of its own. The 18 islands—located between the Norwegian Fjords, Scottish Highlands and Iceland—are home to about 50,000 people. The stunning landscape also features mountains, cliffs, waterfalls and grass-roofed homes.

The full list of 15 coolest destinations for 2018 can be read here.