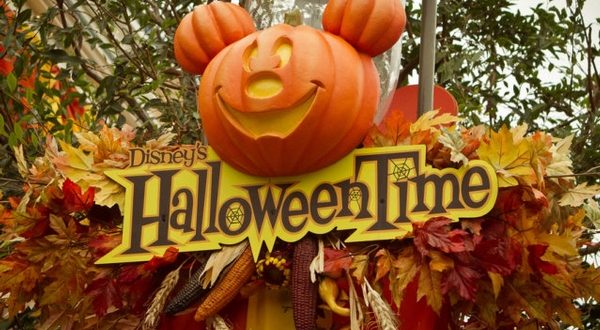 Top Halloween Destinations in the US

What’s your idea of a perfect Halloween?

Does it include some combination of fun costumes, trick-or-treating and haunted houses? Or perhaps a visit to a pumpkin patch?

If traveling to find the ideal Halloween experience is part of the plan, then you’re in luck. RewardExpert released a report identifying some of the best Halloween cities in each region of the country.

The travel rewards website studied the 20 most populous areas in the Midwest, South, West and Northeast in order to identify the top Halloween vacation destinations for each region. The ranking is based in part on Halloween activities in each city, but also heavily factors climate, safety, price and ease of transit.

Based on that criteria, the report named St. Paul, Minnesota as the best Halloween city in the Midwest; Austin, Texas is the best choice in the South; Portland, Oregon ranked highest in the West; and Bridgeport, Connecticut is the place to be in the East.

“There’s no better time to travel after the leaves have changed than Halloween. It’s an exciting holiday, and cities throughout the country pull out all the stops for citizens and visitors to have a spooky good time,” states the report.

Here are the top five Halloween cities in each region of the country, according to RewardExpert.

St. Paul offers crisp autumn weather, it’s an easy city to get around and there’s much for visitors to do. The RewardExpert report recommends experiencing some hair-raising fun at the Wabasha Street Caves—a haunted mobster hideaway.

Lincoln is a trick-or-treater’s paradise thanks to high walkability and bikeability scores. It’s also the third-safest city in the region. As for Halloween specific activities, there’s plenty of hayrides and corn mazes for group family outings.

The Rock and Roll city of the Midwest, Cleveland offers temperate autumn weather and great walkability. Concert venues throughout the city host Halloween shows and, for an alternative to candy and costumes, check out the Cleveland Beer Week.

If you’re a runner in search of a good Halloween destination, RewardExpert recommends St. Louis. The Go! St. Louis Halloween race offers everything from a 5K to a half marathon.

In addition to being a very affordable city, Minneapolis offers quintessential autumn weather for foliage seekers, making this one of the top choices in the region for Halloween travelers.

Austin made the top of the list in the south thanks to it being a fun, safe and cheap place to visit—just about everything a traveler could want. The city scored in the top half of every category except transport. As for Halloween activities, Austin has a lively downtown area with a variety of family-friendly options.

Highly reviewed ghost tours of The Alamo (reportedly one of the most haunted places in the country), make this city a top Halloween option. There’s also a variety of other activities here, as well as a temperate climate. San Antonio is easy to navigate by bike.

Yes, another Texas city. But between the ease of getting around Dallas and its affordability—it’s the cheapest Texas city on the RewardExpert list—this is another good choice for Halloween travel.

One of the safest cities in the southern region, Raleigh is a great trick-or-treat vacation spot. The city also offers incredible fall foliage in case you’re interested in watching the leaves change in a new city.

Dinner for two in Arlington hovers around a mere $20 per person. A couple of pumpkin beers to wash down your meal and get in the Halloween spirit? Just three bucks each, according to RewardExpert. If you’re looking for a city to celebrate the holiday where your dollar goes a long way, it’s Arlington.

There are more per capita family-friendly and adult-focused activities for Halloween here than any other city in the region. In addition, it’s a safe, cheap and offers a pleasant climate. Scare-seekers should check out the Shanghai Tunnels.

The safest city of all 20 studied, San Diego offers possibly the best climate on the list as well. Parents can feel safe with children trick-or-treating here. As for adult Halloween activities, the Black Pearl Halloween party, (a costume get-together on a three-deck yacht), is one of the coolest options around the country.

Unlike most cities in California, Sacramento is quite affordable, which is why it earned a spot on the RewardExpert list. Overall the city is in the top half of every category in the study.

If heat is what you’re seeking for Halloween, then RewardExpert has found just the destination. Tucson temps are the hottest of all the cities studied, with highs routinely above 90 degrees (and lows rarely dipping below 70). There’s a handful of events for families to choose from for Halloween, with the city’s Carnival of Illusion one of the highest-rated events in the country.

The Jail Museum, Hotel St. Nicholas, Imperial Hotel, and Colorado Springs Haunted Mines are just a few of the many scary spots for horror fans to check out in Colorado Springs.

The kid-friendly haunted attractions in Bridgeport are some of the best rated in the nation. In addition, the city offers a pristine autumn climate.

The RewardExpert report describes Boston as a haven for families traveling for the holiday. It’s one of the safest major metro areas in the country and ranks second nationwide for ease of transport.

There are also activities for all sorts of travelers. Families can check out the Brick-or-Treat at the Legoland Discovery Center. Those looking for a party can head to Titanic Masquerade, a four-deck costume party on a yacht.

October is peak fall weather in Buffalo, says RewardExpert, which appears to be the primary reason the city is top ranked for Halloween travel. There are also many foliage trails to check out, such as at Hoyt Lake.

Elizabeth offers much to do for families, and it is safe and affordable. Warinanco Park provides an ideal spot for an autumn walk.

One final city highlighted by the report, Pittsburgh provides a great spot for Halloween travelers, says RewardExpert. It’s a cheap place to visit, there’s a slew of bars and restaurants and activities for families.

The Congelier House on the North Side is a good spot for spook seekers. The Halloween bar crawl is quite the party, and the city’s HalloweenTown event offers something for the entire family.

Previous SHiFT 2018 – Registration opens today
Next From Lebanon, to Taber, to Southwest Tourism Restaurant of the Year