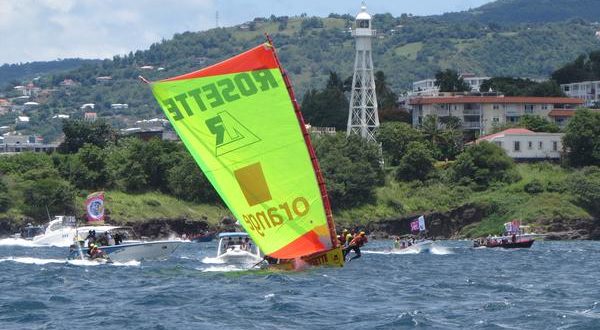 The 35th edition of Martinique’s signature sailing event, the annual summer “Tour de Yoles” circumnavigation of the French Caribbean nation, is scheduled to commence over seven stages from July 28 to August 4. The events launch an island-wide celebration of culture, cuisine, craft-making and music that’s emerged as one of the Caribbean’s most distinctive celebrations, and a natural draw for intentional visitors.

This year’s festivities launch in the town of Le François on Saturday, July 27; followed by the race kick-off on July 28, from Francois to La Trinité, according to Martinique Promotion Bureau officials. The second stage, on July 29, covers Martinique’s northern tip from La Trinité to Saint-Pierre. On July 30 the race sails the western coast from Saint-Pierre to the capital of Fort-de-France.

Stage seven on August 3 commences from Sainte-Anne to Vauclin and the eighth and final stage on August 4 sails from Vauclin to Robert. All routes are tentative and will be finalized before the event.

Yole craft are found only in Martinique. The carefully crafted sailboats have no fixed rudder and move very fast, utilizing a lone aft paddle operated by the boat’s captain. Deckhands use long wooden poles to balance the sailboats, literally hanging overboard at times to steady the vessel and capture crosswinds. Yole boats capsize quickly if they fail to move forward.

The Yole Ronde was created in the 1940s by a carpenter from le François, inspired by both the gomyé (or gommier) fishing boat and the European yole, according to Martinique officials.

“At that time, the fishermen mainly used sailboats strictly for work. However, wild races were organized every Sunday and then with more frequency during the community celebrations in the towns of Le François, Robert, and Vauclin,” said officials in a statement.

Subsequent interest culminated in the 1972 formation of the “Société des Yoles et Gommiers de la Martinique.” In 1984 the “gums “separated from the “yoles” and the “La Societe des Yoles Rondes de La Martinique” was formed.

Previous Passenger traffic in May reveals fading momentum at 3.1%
Next Changing priorities are impacting how and why Americans travel