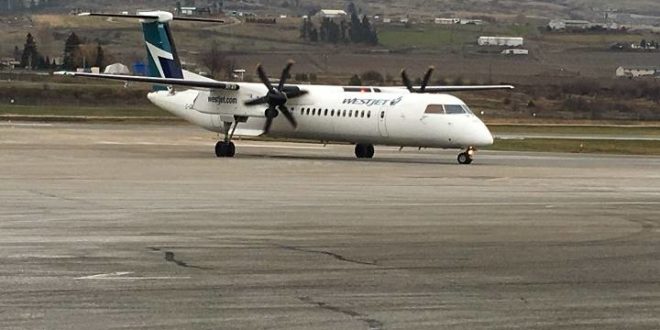 With the winds changing for Canada’s two largest airlines, Tourism Saskatoon is thinking this could be a chance for a potential boost in tourism dollars for local businesses.

Its president and CEO is hoping changes will see more routes added to Saskatoon, giving locals and tourists more options when it comes to travelling.

He noted getting a route to a large U.S. airport hub like Denver would open up different markets for Saskatoon-based travellers.

Brandt said there is a $600-million visitor economy in Saskatoon every year and a chance at expanding that is positive for the local economy.

“People always want more. More connectivity and that. So I look at this (WestJet) acquisition by Onex as an opportunity to try to expand routes,” he added.

However, he isn’t as positive about Air Canada’s potential takeover of Air Transat and said the Montreal-based company previously reduced service from Saskatoon.

WestJet and Air Canada are the airport’s two largest airlines, making up about 88 per cent of all seats landing on and taking off tarmacs in Saskatoon.

Air Canada holds approximately 38 per cent of that with WestJet holding half of all seats coming to and from the airport.

In a written statement, the Saskatoon airport said it’s excited about this week’s developments and looks forward to what the future holds for its two largest carriers, but that it’s still too soon to know how the changes will impact it and the region.