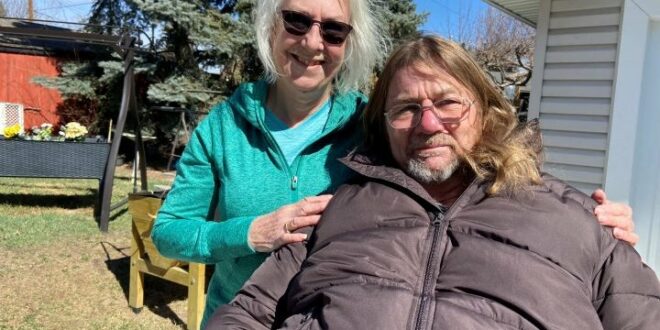 Two men have been sentenced for shooting a Calgary tourist in Barbados, leaving the victim paralyzed.

On Feb. 22, 2020, two armed men stormed into a vacation rental home in Christ Church where Ken Elliott, his wife, his brother and his sister-in-law were staying, and shot Elliott, according to Barbados police.

The bullet entered his shoulder, continued through his lung and was lodged in his spine.

“We were at a point in our lives where both of us were retired and we had just started to enjoy the luxury of doing some travel,” said Elliott from his Calgary home on Monday.

On April 8, a judge in Barbados sentenced Travis Orin Campbell and Alexander Patrick Alleyne to 31 years in jail.

The men will spend a further 18 years, 212 days behind bars, after several deductions were made including the time they had spent in remand and a discount for their early guilty pleas.

Justice Laurie-Ann Smith-Bovell said that “the sentences we impose must be so severe as to deter would-be perpetrators from targeting our locals and foreign tourists.”

“Compared to Canadian law, I think what they have received is substantial,” Elliott said.

“I applaud the (Barbados) government and the police department for their efforts in bringing these men to justice. In some ways, I feel their sentence is harsh, harsher than it would have been in Canada but in that same breath, I look at how I am with no functions,” Elliott said.

“I would strongly recommend doing a great deal more research into the areas that you may be travelling or frequenting. Just understand the potential for crime rates and what not,” Elliott said.

Along with help from a nurse, Elliott’s wife, Linda Brooks, said she is at home taking care of Elliott most of the time.

“Both of our lives have changed drastically as well as our families’ lives and our neighbours too,” Brooks said.

Brooks said getting treatment for PTSD has helped her.

“You feel useless and hopeless and trouble sleeping and waking up in the morning and hoping it was a bad dream, but it’s still here. It’s been a nightmare really,” Brooks said.

Elliott said now that the court case has come to a conclusion, he’ll be cutting his hair that hasn’t been cut since he was shot in an effort to raise money for cancer patients.

The couple is grateful to friends and neighbours who have been helping financially and with tasks around the house.

The couple said they had to spend over $90,000 to renovate their home to accommodate the wheelchair.

“My deepest thanks for all of the support and all of the other wonderful people who donated. They helped change the equation here and made it much more livable,” Elliott said.

“You have to see all the good in people that have come forward. It’s wonderful.”