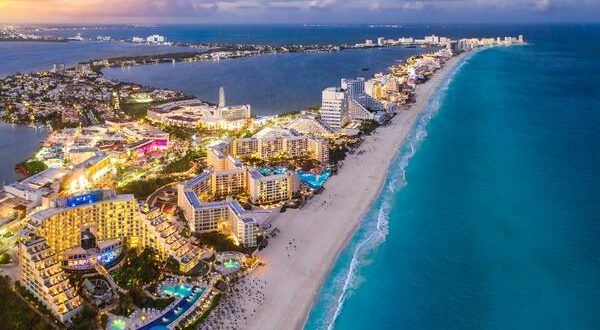 Travelers heading to the popular Mexican state of Quintana Roo will be required to sign a document confirming they understand local regulations on the consumption and transportation of illicit substances.

According to Reportur.com, Quintana Roo government officials, hotel associations and the Secretary of Tourism have launched an anti-drug campaign for spring break to combat the possible influx of holiday arrests.

“Upon arrival at the Breathless Soul, we were asked to sign a few forms at check-in,” Elm Grove Travel’s Amy Frank said. “The first form was a simple names, address, phone and email form. The second was a detailed no drug use on property policy along with consequences outlined if violated. It stated that you be removed from the resort and no refund given.”

“I do think that it will deter guests from using drugs onsite and the security staff was very present to enforce the party stayed within the legal limits,” Frank continued. “Once you’ve given your written consent that you will abide, it typically makes people follow the rules.”

The paperwork is part of a larger campaign for international tourists highlighting the dangers of buying and selling drugs in popular Mexican Caribbean hotspots. The ads for the campaign have featured prison imagery, which some visitors have deemed controversial.

Earlier this month, Quintana Roo Governor Carlos Joaquin Gonzalez recently tweeted about the campaign, saying “On the occasion of the next high vacation season, together with businessmen, we launched an outreach campaign to warn tourists about the risks and consequences of drug use during their stay in Quintana Roo.”

In March, the Quintana Roo Governor said the declining number of COVID-19 infections and hospitalizations led officials to begin the process of lifting mask requirements in public spaces.

In addition, uniformed soldiers and police officers increased their presence in the Cancun Hotel Zone as a massive number of spring break travelers arrived in the region for warm-weather vacations.