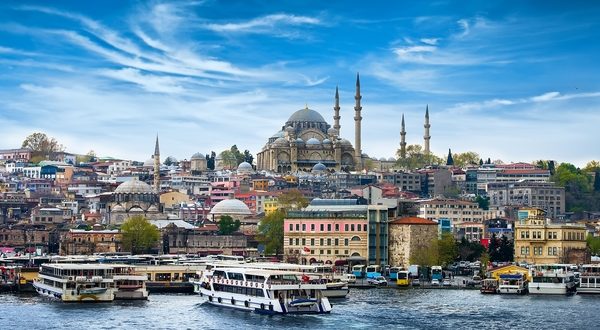 US Issues Travel Warnings for Haiti and Turkey

The U.S. has issued a few major travel warnings in the past few days, specifically for Turkey and Haiti.

The warning specifically points out areas near the Syrian and Iraq borders as the most dangerous, labeling them under a “Level 4: Do Not Travel” warning. The U.S. Travel Department of State hints that terrorist groups in these areas are plotting to attack the country.

The advisory notes: “Security forces have detained tens of thousands of individuals, including U.S. citizens, for alleged affiliations with terrorist organizations based on scant or secret evidence and grounds that appear to be politically motivated. U.S. citizens have also been subject to travel bans that prevent them from departing Turkey. Participation in demonstrations not explicitly approved by the Government of Turkey, as well as criticism of the government, including on social media, can result in arrest.”

Also on February 14, the U.S. issued a “Level 4: Do Not Travel” warning to the Caribbean nation of Haiti.

The travel warning is the result of nine-straight days of violent protests and civil unrest in Haiti’s capital and other cities against President Jovenel Moise. Citizens are angry with President Moise and the government for their corruption and poor administration.

Protesters are calling for Mr. Moise’s ousting and have blocked roads, shut down public transportation, forced businesses and schools to close and caused food and fuel shortages. Several people have also died because of the protests.

The U.S. travel warning for Haiti notes the protests and transportation issues, as well as violence, crime and the lack of police and emergency response resources to help travelers.

More noteworthy is the warning’s mention of travelers being followed and targeted for robbery:

“Travelers are sometimes targeted, followed, and violently attacked and robbed shortly after leaving the Port-au-Prince international airport. The U.S. Embassy requires its personnel to use official transportation to and from the airport, and it takes steps to detect surveillance and deter criminal attacks during these transports.”

Previous Where to travel every week of the year to catch some rays
Next The dubious review systems and hotel ratings: The ugly truth