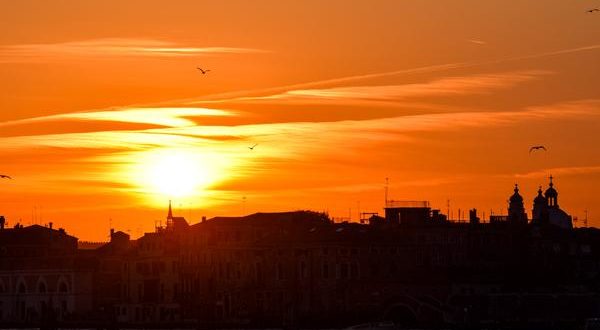 Recently, the city decided to crack down on unruly behaviors and decided to impose fines and ban travelers who break its new ordinances and, if anyone thought the new rules wouldn’t be implemented, they were wrong.

According to a report in Lonely Planet, two German tourists have been punished for sitting on the steps of the famous Rialto bridge with their portable stove to make a hot beverage, they were expelled from the city.

The new rules, part of the #EnjoyRespectVenezia campaign, say that visitors can not sit or lie down in front of shops, historic monuments and bridges, wander around shirtless or in swimming costumes, and bathe or swim in the historic canals. Littering, picnicking in public places, stopping too long on bridges and riding bikes through the city are also prohibited.

As a result of their violation, the two German backpackers were fined more than $1,000 and asked to leave the city.

According to officials, this was not the first time visitors have been asked to leave the city and fined for breaking the rules. On more than 40 occasions, travelers to Venice have broken the new ordinances.

’Venice must be respected,” said mayor Luigi Brugnaro, “and bad-mannered people who think they can come here and do what they want must understand that, thanks to local police, they will be caught, punished and expelled. From now on, we will also communicate the identities of those subject to a removal order to their embassies and consulates.”

Previous Dangers of driving abroad
Next New Brunswick mudflats to fill with more than 100,000 sandpipers as part of annual migration