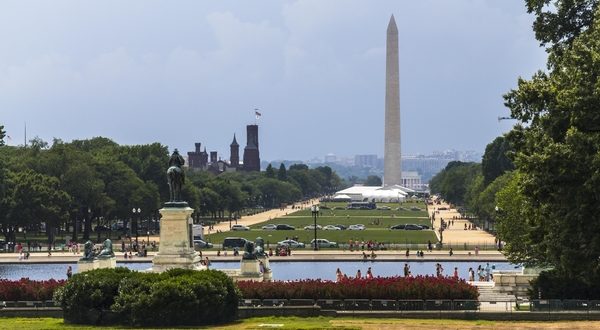 According to WTOP.com, the 20.8 million domestic visitors was an increase of 4.2 percent from 2016, with tourists spending $7.5 billion in the district last year. Spending also rose 6.5 percent on accommodations, 4.2 percent on food and 1.2 percent on transportation.

The preliminary tourism report revealed leisure spending was up 5.9 percent and business spending was up 1.3 percent. The United States capital’s tourism bureau said it will announce international visitors later this spring.

“This increase in tourism means more jobs and resources for our residents and neighborhoods and has helped ensure that our local economy remains one of the strongest in the nation,” Mayor Muriel Bowser told WTOP during a briefing Wednesday.

The tourism industry is a major driver for the district’s economy, employing 75,000 people last year, the most since 2013. Officials also believe 2018 will be another strong year for Washington D.C.

In 2018, the district is scheduled to host 21 citywide meetings, which could result in an estimated 2,500 hotel room stays, 433,000 room nights and an economic impact of $378 million. In addition, Washington D.C. is advertising in major cities such as New York, Philadelphia, Richmond, Chicago and Los Angeles.