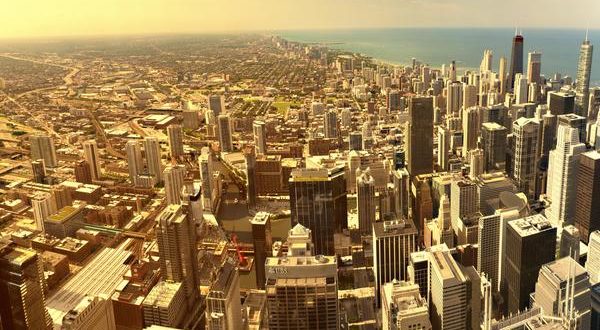 Travelers standing on an overlook on the side of Chicago’s tallest building were horrified when the protective coating of a glass floor shattered.

According to ABCNews.com, the SkyDeck ledge located on the side of Willis Tower has a glass floor that allows visitors to look down about 1,300 feet to the city streets below. Video footage recently surfaced of the glass floor “cracking”:

Visitors to Chicago’s Willis Tower, the city’s tallest building, captured video that appears to show cracks in the floor of its SkyDeck ledge 103 floors above ground. https://t.co/J3OjQiXA9X pic.twitter.com/Gk6rgsouyt

A spokesperson for Willis Tower said there was never any danger to tourists, though, as what cracked was a screen protector meant to keep the actual glass flooring from getting scratched by people’s shoes and other personal items.

Willis Tower is the second-tallest building in the United States, which left many people terrified of the cracked flooring, regardless of whether it was deemed safe or not by officials.

Workers were quickly called to the tower to replace the protective coating and the SkyDeck ledge at Willis Tower has already reopened.

The incident is not the first of its kind, as another group of tourists was stunned when the glass floor’s protective coating shattered in May 2014.