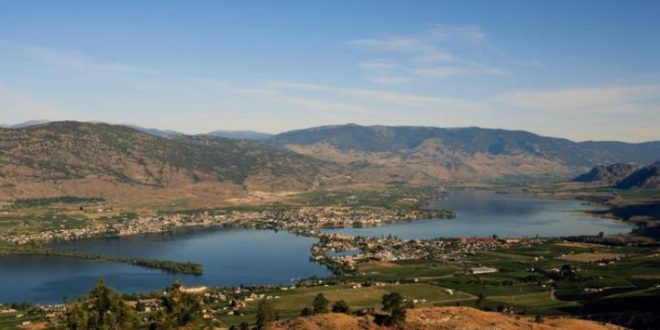 Tourists planning to vacation in the South Okanagan this summer could have their trip hampered by labour shortages plaguing the hospitality industry.

Accommodators, restaurants, and wineries in Oliver and Osoyoos continue to struggle to recruit the level of staff needed to fully run their operations during the busy tourism season.

At a job fair in Oliver on Wednesday, Don Brogan, the general manager of the Walnut Beach Resort, said the most challenging positions to fill are line cooks and housekeepers.

“We bring the people and draw their attention and then we can’t serve properly,” he told Global Okanagan.

“We’re not firing on all cylinders. It’s like, you wouldn’t want to get ready for the prom and just not have your hair done.”

Brogan said the resort pays a few dollars above minimum wage but there is a lack of interest in hospitality work by people living in the Okanagan.

That means resorts are forced to recruit workers from out of town and often have to provide staff accommodations due to the lack of affordable housing.

“I’ve been leasing homes for a whole year so I can put six people into it for four months, but I’m renting the house for the whole year,” Brogan said.

“This season coming up I’ve got some motel rooms that I’ve secured for the season. We will have accommodation for about 10 people if I need it.”

Some tourism operators, including Spirit Ridge Resort, teamed up last year to establish purpose-built housing exclusively for staff. A non-profit organization called the Osoyoos Employee Housing Society (OEHS) was set up to represent the major players in the hospitality industry involved in the project.

A 49-room mobile camp was transported to Osoyoos from Alberta, where it was used to house oil patch workers. It’s located on Osoyoos Indian Band land near the Nk’Mip gas station.

“We found pretty quickly that housing was a big struggle in the Okanagan, especially in the South Okanagan. We had a lot of really interested, great candidates that were looking for employment but couldn’t find a place to live,” said David McBean, operations manager with Spirit Ridge Resort.

“We believed that if we were going to have the staff to run our resort, not only did we have to have housing, but quality housing.”

He said the biggest barriers to employment in the South Okanagan are wages, seasonal work and the lack of affordable housing.

“It’s definitely living costs. I’ve seen that increase every year. The wage has stayed about the same in the last seven years; wages have stayed the same but everything else has gone up,” he said.

The general minimum wage will increase to $13.85 per hour on June 1, and to $12.70 per hour for liquor servers. Trudel said employers rarely boost the wages of those making above minimum wage.

“I’ve noticed that when minimum wages do increase, the people that are making $2.00 more than minimum wage still stay at that same wage,” he said.

“Maybe have bonuses if you stay a certain amount of time, or I always like that employee of the month thing — always having something to work towards,” he said.

Brogan said he’d like to see the levels of government work together to establish better inter-city transportation options to connect communities across the South Okanagan.

“A lot of my staff live in Rock Creek and Keremeos and have their own transportation, but if there was something that could move the people around from these rural communities that make up the South Okanagan and Similkameen then everybody that lives there would have more opportunity for the different options that are available for work,” he said.

An organization called go2HR, responsible for helping the tourism industry address its labour market challenges, says British Columbia’s tourism industry is projected to create 106,000 new job openings from 2018 to 2028 in a wide range of professions.

In the Thompson-Okanagan region, it’s anticipated that there will be 12,200 job openings by 2028.

“The food & beverage, accommodation, and recreation and entertainment sectors will be the hardest hit,” says a regional labour market study.

Of the job vacancies, 7,400 will be created due to retirements, and 4,800 due to industry growth. It represents 12.2 per cent of total tourism job openings in B.C.

According to go2HR, the occupations in highest demand will be management and supervisor positions in restaurants, accommodation and food services.

The skilled occupations in highest demand include cooks and program leaders in recreation and sport.

The greatest number of jobs available will be front-line/entry-level work such as food counter attendants, food and beverage servers, cleaners and cashiers.