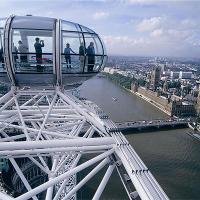 The latest results from the Air Travellers’ Traffic Barometer*, produced by European Cities Marketing and ForwardKeys, highlighted that long-haul arrivals in Europe went up by an overall 7.5% during the last quarter of 2018. The increase was fuelled by visitors from North America (+10.6%), the biggest contributor of overseas arrivals into Europe with a 36% share of total long-haul arrivals; and the Middle East (+10.2%), with a 10% share.

Intra-European air capacity grew by 9.1% in Q4 2018
Among the best-connected destinations, in terms of intra-regional capacity volume, London and Paris took the lead with 8% and 4% share respectively. Amsterdam (4% share) enjoyed solid increases in the number of seats +13.9% and it is set to continue in Q1 2019, positioning itself in second place after London. In their respective lower shares, Seville (+29.1%), Vienna (+23.7%) and Palma de Mallorca (+19.9%) are set to enjoy the fastest air capacity growth during the first quarter of 2019 compared to last year.

Long-haul arrivals in Europe went up by an overall 7.5% during the last quarter of 2018
The increase was fuelled by visitors from North America (+10.6%), the biggest contributor of overseas arrivals into Europe with a 36% share of total long-haul arrivals; and the Middle East (+10.2%), with a 10% share. They both gained a percentage point of share compared to the same period last year, due to their solid performances.

Although Europe welcomed an increase in the number of visitors from all long-haul subcontinents in Q4 2018 compared to the same period last year, the growth rate decelerated for all of them, except for North America which remained at a similar level as the growth registered in Q4 2017.

The top 10 most visited European cities by long-haul travellers in Q4 2018 remained the same as the previous quarter.

London (18% share) and Paris (15% share) maintained their predominance as the top two destinations for overseas travellers in terms of volume. Istanbul was the third preferred destination for long-haul visitors in Q4 with a 9% share thanks to its solid performance. Istanbul recorded the fastest growth (+38.3%), which was more than double that of the second fastest growing destination, Stockholm (+18.7%). Madrid and Barcelona overtook Amsterdam in terms of volume; and Milan went up by one place, just above Munich.

London (16% share) and Paris (14% share) are still the preferred destinations for the first quarter of 2019, followed by Rome (9% share). However, while London and Rome are advanced in bookings by 5.2% and 8.2% respectively, Paris slightly lags by 0.3%. Lisbon makes it to the top 10 European destination cities for long-haul travellers in Q1 2019, replacing Munich, as per current booking situation. The destinations leading the growth changed significantly in relation to the previous quarter. Stockholm takes the lead with a 32.5% growth, closely followed by Istanbul (+31.8%). The list welcomes new additions such as Prague (+20.9%), (+13.5%), Lisbon (+12.9%) and Tallinn (+11.4%), as per current bookings.